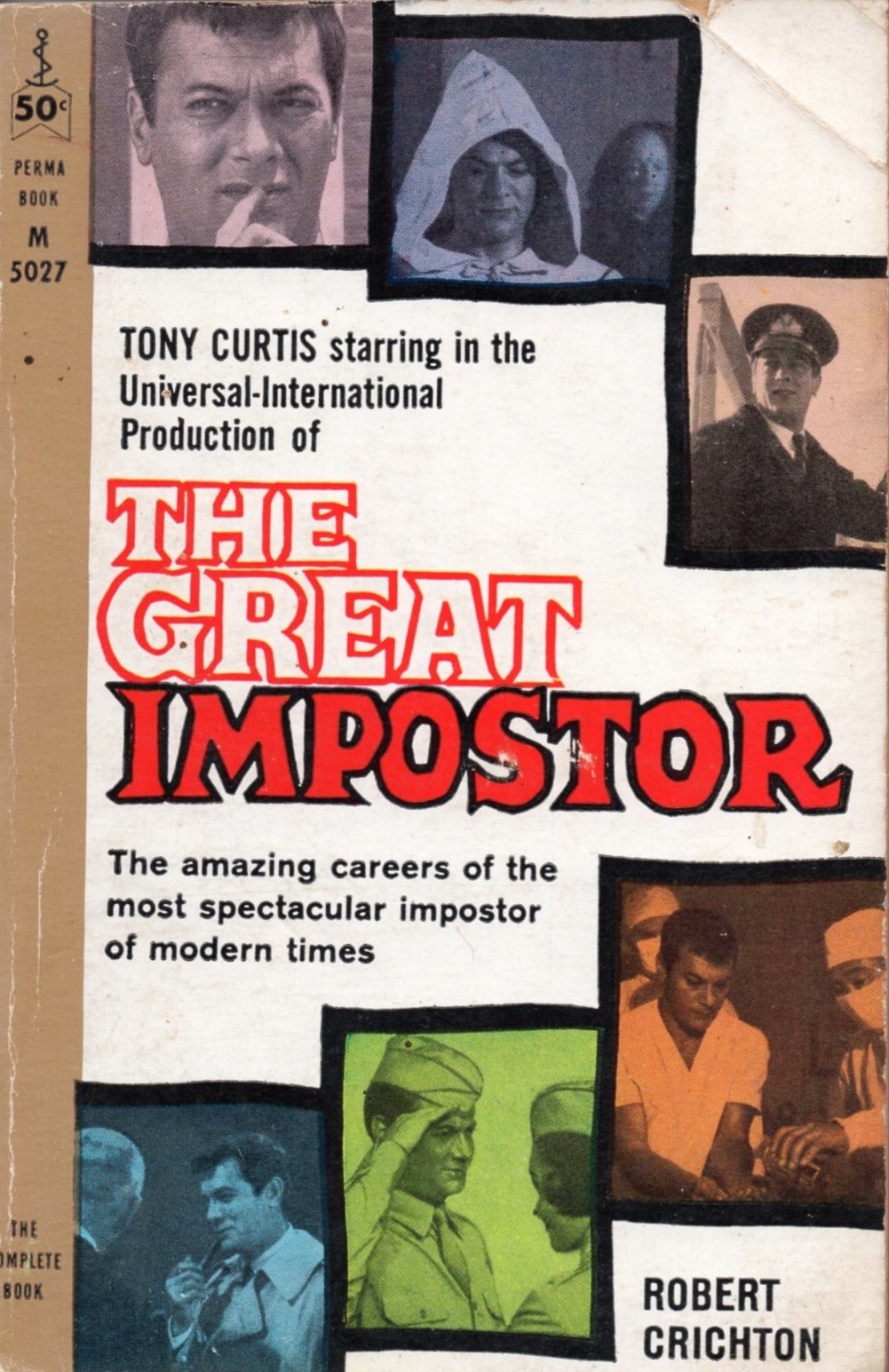 TAFKAMoistowelettes: >While at the Brothers of Christian Instruction, he became acquainted with a young doctor named Joseph C. Cyr.[5] That led to his most famous exploit, in which he masqueraded as Cyr, working as a trauma surgeon aboard HMCS Cayuga, a Royal Canadian Navy destroyer, during the Korean War. He managed to improvise successful major surgeries and fend off infection with generous amounts of penicillin. His most notable surgical practices were performed on some sixteen Korean combat casualties who were loaded onto the Cayuga. All eyes turned to Demara, the only “surgeon” on board, as it became obvious that several of the casualties would require major surgery or certainly die. After ordering personnel to transport these variously injured patients into the ship’s operating room and prep them for surgery, Demara disappeared to his room with a textbook on general surgery and proceeded to speed-read the various surgeries he was now forced to perform, including major chest surgery. None of the casualties died as a result of Demara’s surgeries. Apparently, the removal of a bullet from a wounded man ended up in Canadian newspapers. One person reading the reports was the mother of the real Joseph Cyr; her son at the time of “his” service in Korea was actually practicing medicine in Grand Falls, New Brunswick. When news of the impostor reached the Cayuga, still on duty off Korea, Captain James Plomer at first refused to believe Demara was not a doctor (and not Joseph Cyr). The Canadian Navy chose not to press charges, and Demara returned to the United States.

madamlaunch: A “true” hero, breaking down the divide between faking it and making it.

CodeOfKonami: Two little mice, fell into a bucket of cream…

skeyer: is this the guy the pretender tv show was inspired by?

merkitt: They should have called him The Great Pretender

Meninaeidethea: Meanwhile, I’m not even able to fake being a real adult.

SgtGrayMatter: Here’s an [episode of The Dollop](http://thedollop.libsyn.com/255-fake-navy-man-fred-demara) (bi-weekly American history podcast) about him. I like the parts where they tell his age at whatever point they’re at.
“So, he’s built a nuclear fusion reactor, stopped all wars in the Middle East, and mastered time travel. He’s 30 now.”*
^^* ^^- ^^Not ^^an ^^actual ^^quote

Hillside777: Oh yes i am the great pretender

CosmonaughtyIsRoboty: Damn he puts the “Catch Me if You Can” guy to shame!

domo213: The pretender. I forgot about that tv show.

Niggasbecookin: Damn he did better than Jesus

« TIL That 7% of all American adults (which equates to around 16 million people) believe that chocolate milk comes from brown cows
TIL that when humans domesticated wolves, we basically bred Williams syndrome into dogs, which is characterized by “cognitive difficulties and a tendency to love everyone” »