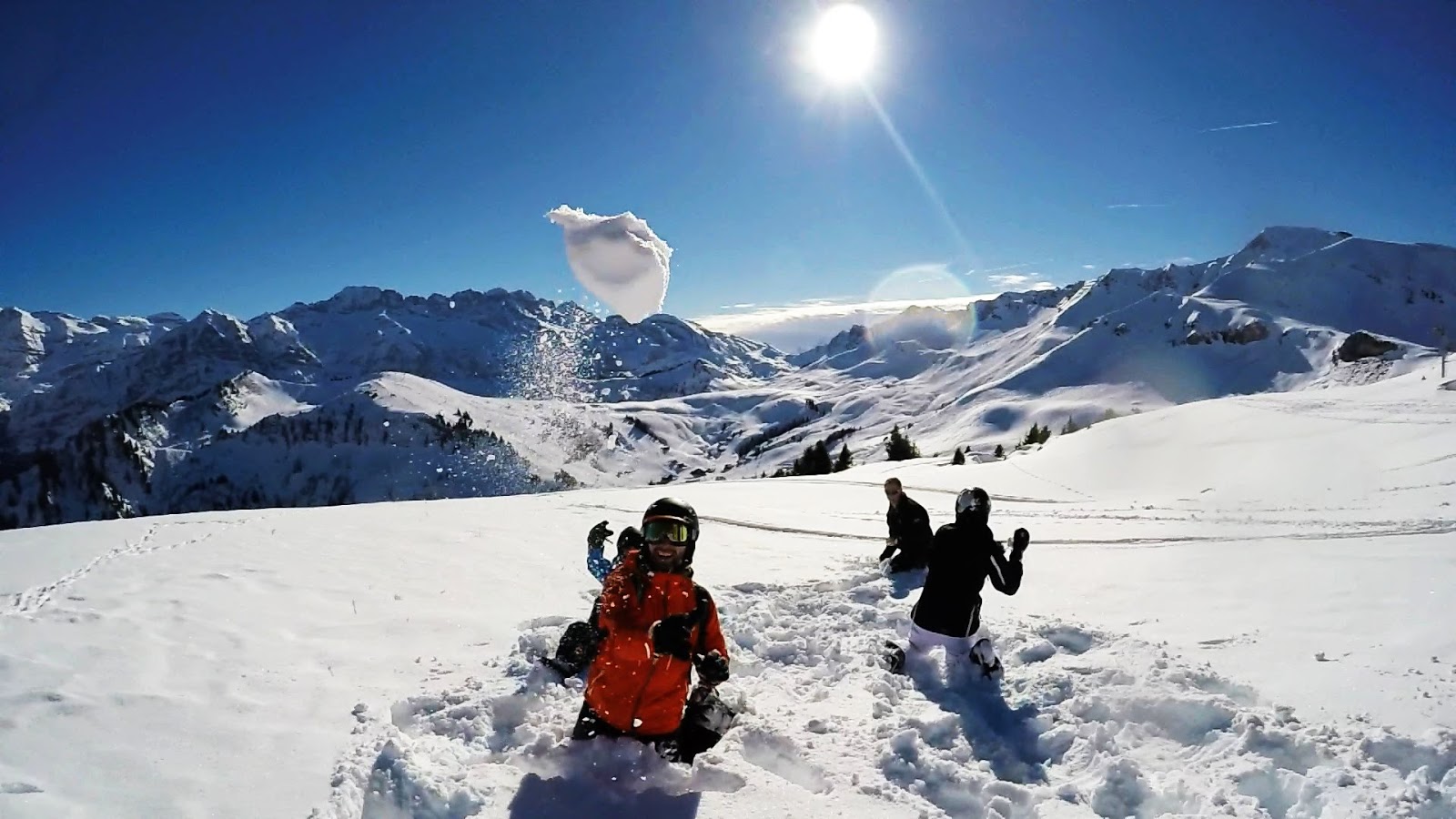 octavian_c: If you have the money, get snow tires (on all wheels). If you can’t do that, drive very carefully, and leave lots of room to brake.

Salt your walkways if they’re icy so you don’t fall on the ice and break your back. Worse yet, someone else can fall and sue you.

Invest in a light but warm coat (ski or snowboard coats are great) and gloves/hat/scarf.

Get a good snow shovel. Costco has pretty decent ones. Get a small collapsible one for your car as well.

Check your battery at the mechanic’s. There’s nothing worse than your car not starting in the morning. On this same subject, invest in one of those compact car starters you can keep in the car, and make sure it’s always charged.

Always have a spare jug of – 40 windshield wiper fluid in the car. It sucks running out and having no way to clear the crud from the windshield.

Get a good snow brush. Costco has decent ones. Clear the snow from the top of the car as it can fly off at high speeds and smash/blind the drivers behind you.

Get good rubber mats for your car. I prefer the custom ones from Weathertech or similar (3d max, husky). These will keep the slush off the floor and are super easy to clean.

LVogelski: In general, as long as your house is well insulated and you use your water a couple times a day, it’s not going to freeze and burst a pipe.

As far as driving goes: it’s an art. Leave lots of following distance, and brake well before you normally would. It’s not snow you need to be afraid of, it’s ice. If no one else is out driving, you shouldn’t be either.

shugerbooger: Welcome to the North! I’ve never worried too much about inside faucets, but every house is different. If it seems like the pipes are prone to freezing, letting them drip through the night and day (if you’re gone) isn’t a bad idea.

You’ll get to know the “micro-climates” in your house over the winter and have a feel for the drafty areas. In my place, the kitchen sink area (adjacent to exterior wall) gets cold. On nights when I know the temp is really going to plummet, I leave the cupboard door open to expose the pipes and let the warm air from the house circulate. Nothing worse than waking up to a burst pipe (except maybe an ice dam—more on that below).

For your outside faucets: Turn off the supply valve on the inside of your house. Then, open the outside spigot to let the residual water in the pipe drain. Leave the spigot open until spring, when you will reverse the process. This should prevent a burst pipe in or close to the exterior wall where the heat from the house might not be sufficient to keep it above freezing.

Beware of ice dams on your roof. An ice dam is a ridge of ice that forms at the lower edge of the roof and prevents melting snow from draining off the roof. Lots of big gnarly icicles hanging from the eaves looks cool (pun intended), but they may be a warning sign that you have an ice dam forming under the snow. The problem is that meltwater backs up behind the dam and can get under the shingles, and thereby into the house. Water coming into your walls and ceiling can cause a real expensive mess. I owned my home for about 10 years with no ice dams, so I figured I was forever in the clear. My naivety was shattered one morning a few winters ago when I discovered water pouring into my kitchen through the ceiling light fixture. Ice dam. Ever since then I remove snow from my roof with a special “roof rake,” or at least toss a few salt cakes up there, after every storm. I also added more insulation to the attic because the basic cause of an ice dam is a warm attic. The attic temperature should match the outside air temperature. Warm air on the underside of a snow-covered roof deck is a very bad thing.

Edit: If you decide to take the snow off the roof, you don’t need to go crazy and remove all the snow. Just the first few feet from the eaves upward should do it. Even at that, I’d only worry about the particular areas where ice dams are likely to form.

DONGPOCALYPSE: -You didn’t need to do that at all, the only time pipes freeze is if the water hasn’t been run for like a month of stagnation.

-The only reason it’s unsafe to drive in the snow in the south is because people are FUCKING INSANE and break out their tire chains and cause 20 car pile ups for light flurries. It’s completely safe 99 percent of the time you just have to drive for weather conditions. Sometimes after a big snow storm you can’t drive until the road is cleared unless you have a colossal truck or some shit but that’s about it.

-Black ice is deadly, Don’t barrel down the roads at full speed if it looks clear Becuase it isn’t always. Also always use hand rails for similar reasons.

« In action movies someone will grab somebody’s head and hit it with their own head to knock them out. Is that actually possible in real life? How does it not do an equal amount of damage to both people?
Why do movie theaters have front rows? »