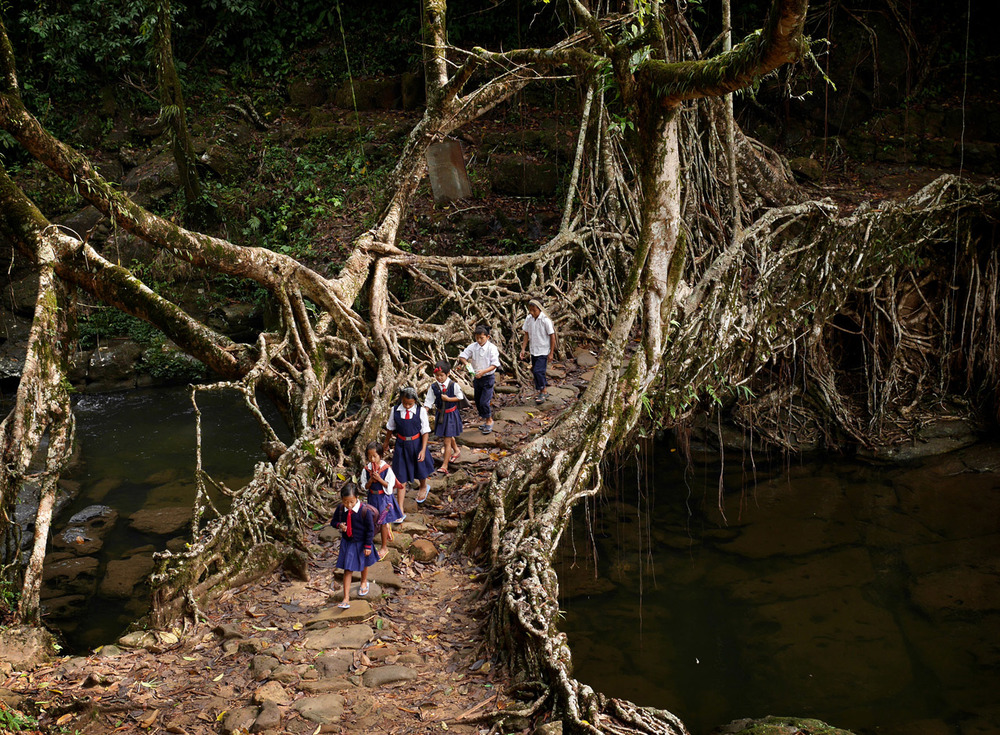 -Huntr: Straight out of dark souls ..

yknphotoman: How… is that possible?

CaDoran: Let’s list some corporations who wouldn’t tear it down to build a factory.

Sky_Pirate_XII: I remember this part of Final Fantasy IX

Shell_Z: I’m missing a Gandalf at the end of that bridge

PM_me_ur_bag_of_weed: There is a documentary called “Human Planet” and this bridge is featured on one of the episodes. Very good documentary if you like David Attenborough-esqe shows.

bidgrape: Is the forest temple at the other end

LessMochaJay: I know I’m not supposed to mention this movie but Bridge to Terabithia.

Seanusmaximus81: It’s great that kids are using it to go to school

georgiaraisef: I’d climb all over that thing for the fun of it

sackofscrewdrivers: Something out of Tomb Raider.

Shydore: So thats where Groot went when he got blown up 🤔

Xerxesthemerciful: Ah, so thats how you get to Terabithia

remote_production: IIRC this is featured in the first episode of Wild India, which is available on Netflix

HoustonWelder: If this was in U.S.A. it would be destroyed in a week.

Daezzle: This seems like an awesome place. Too bad India is a giant garbarge disposal

Bobbicorn: The currency is rupees, they have this, fully convinced that India is Hyrule in disguise

dexdin: Hey this tree has fallen over the river and is allowing us to cross it

*lets throw some large rocks on it* « TIL that the Polish medal for couples who have made it to 50 years of marriage has a higher rank than the medal for deployment to Afghanistan
TIL That the US Treasury planned to replace Alexander Hamilton’s face on the $10 bill with a notable woman from US history, but decided to instead change Jackson’s face on the $20 bill, almost entirely due to the popularity of “Hamilton” »