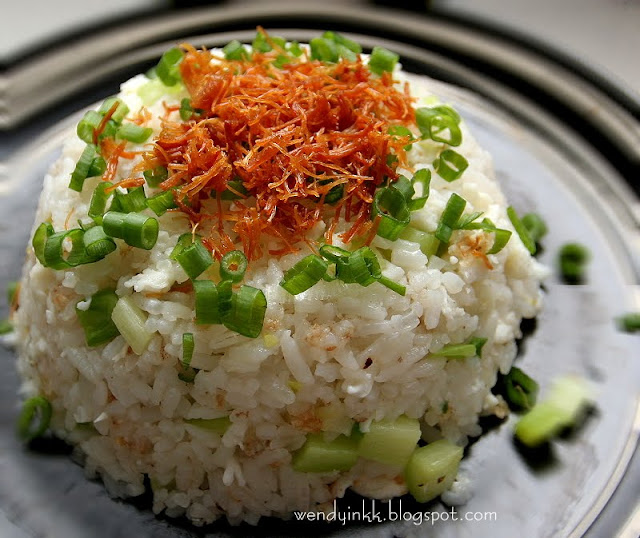 Concise_Pirate: The reheating isn’t the dangerous part. The danger comes from leaving cooked rice out, unrefrigerated and unheated, for many hours. In this “danger zone” temperature, microorganisms can grow in it that can make you sick.

aresfour: This is the first I’m hearing of this. We often make rice and it sits on the counter while we eat, but gets put in the fridge after say, an hour after cooking. Are we going to die?

boston_celtics53420: As an Asian who’s been eating rice all my life, this is the first time I’ve heard this. We always have leftover rice, and have always reheated it. Now, when my family and I were living in a hot country, we always refigerate the leftover to prevent it from going stale. Now that we’re not, we really don’t do it anymore. If there’s leftover from the cooker and I want to make a new batch of rice, I just set it aside, and then once the new batch finishes I just put the old one on top to reheat it. Never had any problem or sickness.

supra12: I’ve eaten rice all my life. Left out overnight, hours on the counter, heated immediately from the fridge, etc. You think of it, i’ve done it. I’ve never gotten sick or ever even heard of it being dangerous to reheat rice TBH.

Kotama: Ready meals are typically precooked or freeze dried. This kills bacteria and other things potentially harmful to your health.

It’s absolutely fine to reheat rice at home if you freeze it right after you make it, but the longer it sits on the counter, the more bacteria grow. All food is this way.

To be frank, though, reheating the rice that you left in your rice cooker/pot all night isn’t really an issue.

evilistics: I guess I’ve built up a tolerance to these toxins because I have been eating rice left overnight my whole life and no ill effects yet after 36 years. Me and my wife don’t even bother washing the rice like my parents did.

Fluorophore1: The bacterium is called Baccillus Cereus and it secretes a toxin which makes you puke and have the shits for 3-7 days. Reheating rice properly will kill the bacteria but doesn’t breakdown the toxin.

FreeAsIllEverBe: Woah.this is news to me. I’ll leave rice in my pot on the stove covered overnight (only when I forget) and I eat the next day or put it into the fridge to eat later.

I figured it was harmless. Does the room temperature make a difference to how fast the bacteria can develop?

MidniteZer0: In particular, there’s a bacteria called bacillus cereus that’s infamous for dying during the initial heating of rice but having its much more resilient spores survive and infect when eating the second time around.

reg3nade: Pshhh all these non-rice eaters talking nonsense…
Next thing you know is that they’re gonna try to say that vaccines cause autism or something…

jk. you’re leaving something moist in a closed container out in the open, what do you expect? lol

If you leave it out in the open, there’s a higher chance of the rice drying out before it becomes moldy. It takes at least 18 hours out in the open in my experience before you should probably just make a new batch… But if you wait that long before you consider wrapping it and putting it in the fridge, you should probably practice cleaning up and putting things away when you are done cooking/eating.

YT_official: We’ve been leaving rice in the rice cooker on the counter for up to 24 hrs that I’d reheat and consume. I’m still alive

SublimelySublime: Its all to do with the presence of the ergot toxin producing fungus. If you leave rice out it can produce dangerously high levels of the toxin. Reheating rice that has been immediately put in the fridge runs pretty much no risk of ergot production.

With ready meals, they would have been frozen/refrigerated almost immediately after production so it is safe to eat.

But yeah its quite unlikely to be present in the first place, a little bit like salmonella on chicken.. you obviously don’t eat it raw because of the risk.

Smedlington: It’s common for an organism called Bacillus cereus to contaminate rice. This is a hardy little bug that can produce protective spores that allow it to survive some cooking processes (around 100C).

If spores survive and food is improperly refrigerated the spores will germinate and rapidly multiply at room temperature. This rapid growth phase releases toxins that are again stable at the temperatures used to reheat rice, and so cause food poisoning after ingestion.

The reason ready meals are safeis because they were either sterilised during processing, or they require cooking methods that reach sufficient temperatures to denatured toxins and kill spores (such as 200C ovens or 10+ minutes of microwaving).

petdetectiveace: I eat cooked rice that is left out all night (in the rice cooker) all the time. I am neither dead or sick…..yet.

im_that_guy_402: Is fried rice less or more susceptible than steamed?

RyanZee08: There are spores on rice which if left outside in the Danger Zone! Will spread and cause you to get sick.

AdventC4: This is so odd to me, because I have this weird love for cold rice and love it after its about a few hours cold. Ive even eaten it the next morning. Im thinking my stomach is probably used to it… I dont suggest others do this

Pedropeller: I may be that rare creature with cast iron guts, but I have leftover rice every few days. I just leave it in the pot until I use it. I always cook it again, be it fried or microzapped. I have barfed a few times, every few years or so, but I have leaving rice out for decades and it isn’t the likely cause.

But, be safe if you have a wimpy constitution.

Jozz11: First I’m hearing about this. I have always assumed rice was hella safe no matter what you did with it. I have eaten fried rice leftovers that have been sitting on counter for god knows how long , have reheated rice tons of times, still alive, should I be ded?