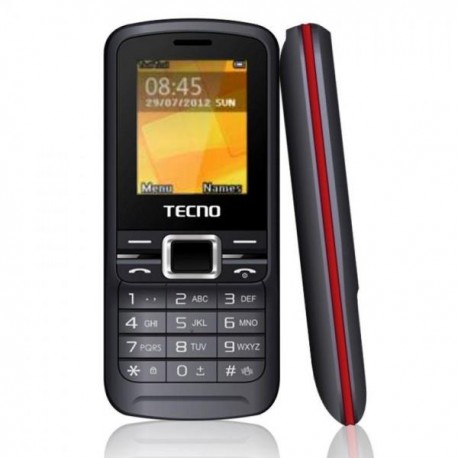 magneticphoton: The best story I ever heard about AT&T was designing the modern touch tone telephone, and they did extensive usability testing. They tried out all kinds of layouts and took input from the public. They found out that the current system we use now, 1-2-3 in a 3×4 grid was the most user friendly and easiest to use layout. Then they called up the calculator companies who had the 7-8-9 layout which they all used, and asked them, “Could we look at your usability tests to determine why you chose that format?” They responded with, “What’s a usability test?”

flangle1: When AT&T’s decisions made sense.

Socky_McPuppet: Well, that’s not quite the whole story. It’s not just that they had “two spare buttons” – because of the way the [DTMF](http://dialabc.com/sound/dtmf.html) dialing tones themselves are composed, there were two “spare” tones to match up to the two extra keys.

And in fact, if you read the article I linked above, you’ll see there are 16 possible DTMF tones, the four additional tones being A, B, C and D.

seanhak: So what do you call the ’*’ button in the states?
In sweden they are usually referred to as ’star’ and the other one as ’square’.

Sigh… what could have been…

Aeroshock: Seems weird to me that ATT&T didn’t use the “&” symbol somewhere.

RonaldDumbsfield: *69 used to be the poor mans caller ID

tforkner: I remember # was more often used to mean “number” as in “we’re #1!” than pound (lb) before that key was used on phones. I guess it would be confusing to call it the number key on a phone.

TEG24601: There is also a hidden 4th Column that was mapped as A, B, C, & D. These were set aside for programming, and are rare to find on DTMF phones, but they are there, in the spec, and I came across several while in college.

Stereotypy: a sidenote re: phone numbers- okay so you know [the mr. plow commercial in the simpsons](https://www.youtube.com/watch?v=uYXEt7xOh1M), where homer says his number is something like “klondike 5-3226” and it’s listed in the commercial “KL5-3226”?

so i was wondering what the hell was up with that- is it a fictional numbering thing? but no, it ends up that back before area codes were implemented, people dialed into central offices based on neighborhood, with an abbreviation for the central office name instead of an area code. it was used as a way of having the flexibility of dialing someone from another region without having to dick around with calling the operator and requesting a connection first. this meant that all you had to know for someone’s number is their general area in the neighborhood and a 5 digit number specific to the person. so for example, in say, Harlem, NY, if you wanted to call a person with the number of 4-9499, you would dial HA4-9499, or 424-9499. different regions had different abbreviation and number systems; for example some areas of the us had a 3-letter, 4-digit number system (3-4 system it was called iirc).

anyways, this ended up becoming problematic because phone usage exploded and they started running out of numbers. also, the need to call long distance became a thing, so then they devised the actual area code system, with states having their own 3 digit prefixes before the 7 digit number- but then it ended up that the area code system ran out of numbers, so then they had to split areas into more area codes. this happens even to this day. and, interestingly enough, there was a huge pushback by a certain population of the public who refused to go to an all-number phone dialing system. something about assigning people as numbers and being treated as numbers instead of human? which doesn’t hold up to scrutiny as the area abbreviation gets translated into a number anyways, and that’s not to mention the actual remaining numbers assigned to specifically dial someone… it was basically resisting change for the sake of resisting change imo; they were stupid.

so that’s part of the reason why the simpsons have a KL5-XXXX number. it’s a throwback to the old way of dialing. the OTHER part of the reason why they used the specific abbreviation “Klondike” is because “KL” or “55” was never used, as there aren’t many words that start with J, K, or L in succession- “KL” being the only grammatically possible word (ie there’s no words that start “Jl” or “Jk” or “Lk” or “Lj” unless it’s some weird-ass welsh word or something, heh), so it wasn’t used. this is also why the typical “hollywood” number of “555” in movies is used- there’s no such phone number that starts with 555, a holdback from the previous “KL” omission from central office naming systems. so the simpson’s phone number also follows the “movie phone number” convention of beginning with “555”- neat, huh. well, maybe not. i dunno.

i hope someone reads this because this had bothered me for a long time and i can’t be the only one who wondered about this.

per-severance: i guess you could say it was a good call

daidougei: Also they were key to Bill and Ted being able to use the time machine.

yknphotoman: Imagine if nobody had – we’d have extra buttons that did nothing but be called a feature.

frothface: There’s actually a 4th row, ABCD. Most phones don’t have them installrd , but the tone is built into the dtmf standard. Miitary used to use them for call priority.

__redruM: This is what you get when the engineers run things. When the accountants get involved you pay for each key like DLC, or you have to hum the tones.

tyler8durden8: Do you know that precursor company, Bell Telephone had a complete monopoly and its researchers developed voicemail, DSL and other innovations decades before the public saw them. But, because they had a monopoly on all the lines the executives in charge shelved them all because they didn’t want anything to compete with the phone service. Imagine that, monopolies stifling innovation for the love of profits. Good thing we’re past that. Right?