portajohnjackoff: I’d like to know what constitutes a “crash”

An_aussie_in_ct: I assume this data set excludes 2001 for a fairly significant reason

Elhaym: That’s because 96% of plane “crashes” are like the plane running into something on the runway or bumping into the gate.

ainfinitepossibility: So what happened in 1982?

ShowMeYourTiddles: Should ask those 4% what they did differently.

panzerkampfwagen: Even the year in which Malaysia lost two airliners it was the safest year overall for quite a few years.

Super_Turnip: In the comment section of the article, a guy points out how difficult it is to adopt the ‘brace’ position in the kind of cramped seating found in so many aircraft:

> The brace position is all very well, but has anyone, including all these researchers, actually tried to do it on a plane ? With a typical seating pitch of 31″ (much less on budget airline and chartered flights) getting you back down horizontal, as shown in the picture above, is virtually impossible for most 6 foot tall people who make up a sizeable amount of the population.
Dan Robinson, Liverpool, UK

And while the quoted numbers look good, (Out of the collective 53,487 people onboard, 51,207 survived) I’m wondering what kind of crash the researchers are talking about. Like, skidding off a runway? Or losing an engine and dropping thirty five thousand feet into a cornfield or swamp.

When Pan Am 103 was destroyed by a terrorist bombing over Lockerbie, Scotland, only two passengers of the 270 were thought to have survived both the explosion and fall to earth. They died of exposure and not having their injuries treated in time. While air travel is statistically the safest, I still have an immense fear of flying. Every plane crash I hear about only fuels those the nightmares.

supertaquito: That’s interesting because among NTSB, ASN, CABAAR, KGMCCA, AAIR, which are civil transportation accident organization around the world, only 12,420 people have been in airplane accidents since 1988.

munchiesssss: “This overstatement was provided by Malaysia Airlines; Safer than ever!”

i_want_that_boat: This just makes me feel like way more plane crashed than I imagined, because in all the ones I hear about everyone dies. 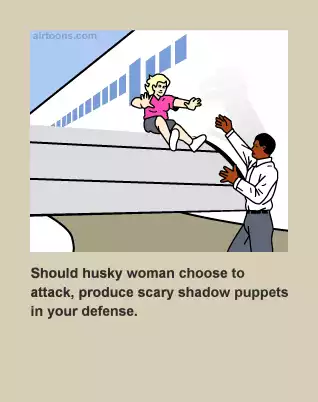 totalmarc: also the riskier age to fly was those years. significantly safer from 2007ish.

UckerFay11: Fun Fact: most of the people that die in airplane crashes do so not because of the initial impact, but succumb to fire or smoke inhalation.

Zarathustra124: What percent of crashes involved some, but not all, of the passengers surviving? It seems like a pretty all-or-nothing situation, since “crash” ranges from “emergency landing in a field” to “hit the ground at 400mph, nose-first, on fire”.

Breaktheglass: Did something happen in 2001 that ruined this statistic?

BigBlackBootsEcology: Even knowing this it doesn’t help ease my mind during travels

pfeifits: I feel like a crash encompasses a lot of different scenarios with very different survival rates.

kaloonzu: 2001 really threw a wrench in that…

RolandKa: Another interesting fact, if you are shot you have an 80% chance of survival. That number increases to 95% the second you enter the hospital.

mdl054: TIL: to survive a plane crash, be American

johndoe800604: This sounds like one of those cases where one huge Boeing landed wheels up, and 400 passengers obviously didn’t die, and it F’d up the statistic because the other 99% of crashes were all fatal.

InnovaMan: Yeah 2001 was the year we stopped counting this statistic

newocean: As an American… I have never been on a plane that was going down.

If I ever am, I intend to encourage passengers to put their hands up and say, WEEEeee…

…its the most expensive roller coaster ride ever made – might as well enjoy it!!

Kkykkx: It’s because people actually ARE paying attention to the demonstration of the plane’s safety features as demonstrated by the flight attendants.

jackmanutd: TIL that over 96% of plane crash survivors between 1983-2000 surviveded the crash

berreth: I bet the survival rate was significantly lower during the 40s

thunderGunXprezz: Ya but realistically it’s more like 99.9% of passengers die when an airliner legitimately falls from the sky.

Hayden97: I bet almost all were not ones were the plane actually fell from the sky.

YBHunted: This is the most skewed stat I’ve seen on here in a long time… What a pathetic attempt at gaining karma. You know damn well this makes no sense when looking at it logically.

« TIL – During WWI, King Albert I of Belgium personally led the defense against the Germans, while the Queen served as a nurse, and their son enlisted in the infanty.
TIL that the Chinese use drones equipped with flame-throwers to fight trash stuck in power lines. »