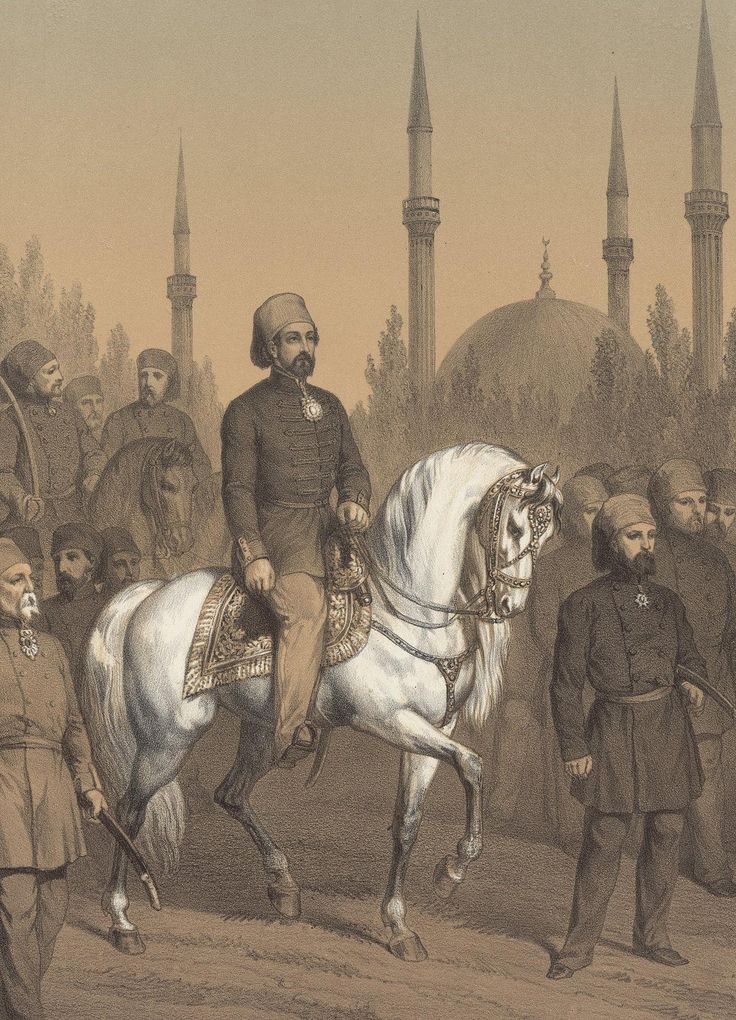 I’m not sure myself. There’s an article [here](https://mikedashhistory.com/2014/12/29/queen-victorias-5-the-strange-tale-of-turkish-aid-to-ireland-during-the-great-famine/) about it. I’ve skimmed through that, and it seems there is some evidence it happened, but nothing concrete.

daysleeping19: Keep in mind that 2,000 pounds was worth a lot more then. This was the 19th Century and pre-decimalisation, so that money had higher relative value. Which makes the Sultan’s contribution (if true) even that more remarkable.

punkalunka: Why is the dudes name in your title in quotes?

UnDutch: Abdulmecid is also the first Ottoman sultan to take foreign loan, a sum of £200,000 from UK during Crimean War, which lead to the total collapse of the economy a few decades later. (Most of the money went to the building of palaces.)

Choralone: Up to? Well how many did he actually send?

Blackfire853: IrishCentral is not a particularly reputable site, and is filled with these wives tales and half truths. At the end of the day, Wikipedia gives the most [well sourced account](https://en.wikipedia.org/wiki/Ireland%E2%80%93Turkey_relations).

“According to legend, the Sultan had originally intended to send £10,000, but either British diplomats or his own ministers requested that the Sultan send only £1,000, so as not to donate more than Queen Victoria, who had sent £2,000.[5] He is also said to have sent three[4] or five[6] ships full of food. The British administration allegedly attempted to block the ships, but by local tradition the food arrived secretly at Drogheda harbour and was left there by Ottoman sailors.[4][6] Shipping records relating to the port appear not to have survived. Newspaper reports suggest that ships from Thessaloniki in the Ottoman Empire sailed up the River Boyne in May 1847,[7] although it has also been claimed that the river was dry at the time.[1]

So basically, we know he sent £1,000, but we’ve no concrete proof he ever intended to send more, and was discouraged by the British. There is also contradictory evidence regarding the ships of food.

oranbhoy: it wasn’t a famine it was an attempt at Genocide, shiploads of food left Irish ports every day under British armed guard

Foxtrot_4: Is that comma bothering anyone else?

sonnackrm: Am I the only person that doesn’t understand the title at all?

thewestisawake: I’m sure it’s been said on the thread, but just in case it wasn’t a famine, it was a genocide.

meyerchris7: Can someone explain to me why we call this the Irish famine, and not the Irish genocide? First to admit im not privy to the details of this history, but £1,000? That seems like willfull neglegence at best, and at worst a token gesture to call towards while they waited around as a million irish died.

IrishDon: Queen Victoria was a cunt. If there’s a hell, she’s sitting beside Hitler.

the_wulk: Someone ELI5, what are they talking about?????

TheNightsWallet: Yeah Ireland should do a brexit of our own. The Brits will sure take care of us this time.

xRisingSunx: TIL Queens are petty ass cunts who care more about being outshined than actually helping people.

takemeroundagain: If it really did happen.. this is what is wrong with a monarchy, rather keep the royals happy and let a bunch of people starve. As far as I’m concerned the queen can go suck eggs. Good thing the sultan did, though.

robhotmoneybrown: To be pedantic, 0 ships is “up to three”. So, assuming he did not send four or more, this story is 100% accurate.

OppaiGaKawaiiDesu: IIRC the initial value he was going to donate was £100,000

Dont get drawn into a famine debate on your day off…

sueandreas: yes, I’ve read this before. Amazing isn’t it?

Dragmire800: I’m Irish, and even I didn’t know what Famine you were talking about. There have been many famines worse than the Irish one

easy_pie: Is there any requirement for things posted here to be more than a legend?

to_omoimasu: It’s the Irish famine not ‘the great famine’. There have been bigger famines.

LuvBeer: TIL that TIL is now used to push equalist propaganda

giveheraslice: Who knew the thing I put my feet on was some kinda royalty.