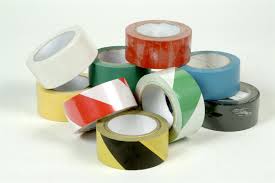 dominusUmbrae: “He didn’t know whether to fix it or sell tickets”

SFanatic: This would be a great Mythbusters episode.

scott60561: Nothing like this, but when I worked in an ancient Chicago skyscraper, there would be tons of static electricity all over. You’d get shocked when you touched a filing cabinet or anything metal. If the lights were out you could see the sparks.

No idea what caused it or made it so that place had way more static electricity than anywhere I ever worked. The office we moved to never had the same problem, so I think it was the building.

Kingsolomanhere: I see Reddit gave this site the old ” hug of death” 6 years ago. “Jeeze Reddit” edit: the one from 6 years ago has a guy also getting zapped in the dick and a guy talking about the X-ray tape. This has a ” groundhog day” feel to it

David Swenson of 3M Corporation describes an anomaly where workers encountered a strange “invisible wall” in the area under a fast-moving sheet of electrically charged polypropelene film in a factory. This “invisible wall” was strong enough to prevent humans from passing through. A person near this “wall” was unable to turn, and so had to walk backwards to retreat from it.

This occurred in late summer in South Carolina, August 1980, in extremely high humidity. Polypropelene (PP) film on 50K ft. rolls 20ft wide was being slit and transferred to multiple smaller spools. The film was taken off the main roll at high speed, flowed upwards 20ft to overhead rollers, passed horizontally 20ft and then downwards to the slitting device, where it was spooled onto shorter rolls. The whole operation formed a cubical shaped tent, with two walls and a ceiling approximately 20ft square. The spools ran at 1000ft/min, or about 10MPH. The PP film had been manufactured with dissimilar surface structure on opposing faces. Contact electrification can occur even in similar materials if the surface textures or micro-structures are significantly different. The generation of a large imbalance of electrical surface-charge during unspooling was therefore not unexpected, and is a common problem in this industry. “Static cling” in the megavolt range!

On entering the factory floor and far from the equipment, Mr. Swenson’s 200KV/ft handheld electrometer was found to slam to full scale. When he attempted to walk through the corridor formed by the moving film, he was stopped about half way through by an “invisible wall.” He could lean all his weight forward but was unable to pass. He observed a fly get pulled into the charged, moving plastic, and speculates that the e-fields might have been strong enough to suck in birds!

The production manager did not believe Mr. Swenson’s report of the strange phenomena. When they both returned to the factory floor, they found that the “wall” was no longer there. But the production workers had noticed the effect as occurring early in the morning when humidity was lower, so they agreed to try again another day. The second attempt was successful, and early in the morning the field underneath the “tent” was strong enough to raise even the short, curly hair of the production manager. The “invisible wall” effect had returned. He commented that he “didn’t know whether to fix it or sell tickets.”

Problems: coulomb forces would be expected to attract a person into the “chamber” formed by the PP film, and the attractive force should increase linearly across distance. There should be no “wall” in the center, a discrete wall is repulsive, also nonlinear.

If for some reason a person was repelled from the center of the chamber rather than being attracted, there still should be no “wall,” since the repulsion force should exist over a large distance; it should act like a deep pillow which exerts more and more force as one moves deeper into it. Large fuzzy fields, this is how magnets and iron behave, and this is how e-fields and conductive objects should also behave.

Very probably the spool is spewing out enormous quantities of ionized air with polarity opposite that of the charge on the moving plastic film.

So, if the charged “tent” of film is negative in the above situation, and if a large quantity of positively charged air is being generated by the spool, then perhaps the “invisible wall” is caused by a cloud of suspended air ions held in position by e-fields. Perhaps it’s a pressure gradient created by ionized air trapped under the tent by electrostatic attraction. Yet again this effect would be expected to create a diffuse zone of increasing force, not a “wall”, but an “invisible pillow.” Added note: concrete floors behave as conductors (resistors) in this situation. Where megavolts at microamps are involved, the division between insulators and conductors is at 10^6/10^-6 = 1000 gigaohms. Concrete resistivity is in the realm of megohms, so it behaves like a grounded metal sheet.

However, a volume of charged air is somewhat analogous to iron filings near a magnet. If a solid sheet of iron filings is held in place by a magnet, then a literal “wall” is created, and this wall will resist penetration by nonferrous objects. If in the above manufacturing plant, a sheet of highly charged air is for some reason being held in place by the fields created by the charged film, then a transparent “wall” made of charged air would come into being. It might produce pressures on surfaces, and resist penetration by human bodies.

My question is this: if the entire situation could be turned on its side, so the “invisible wall” became an “invisible floor”, could a person *stand* on it? Have we discovered the long-sought “Zero-G waterbed?” 🙂 – B.B.

dazmo: I’m trapped in a forcefield generated by rapidly moving plastic sheets. The forcefield can only exist in low humidity. Time to drench myself in piss

greiger: So will this be the basis of our force fields for our space ships? Find a way to charge a huge amount of static on the outer hull…?

Willy__rhabb: They should turn it into an amusement park attraction

Toughduck44: We have large static buildups at my work. One day I was side stepping between two metal bins and a spark jumped about 8 inches to my body. Now electricity will find the closest point to travel. I’m not bragging….it happened to be my penis. The spark hit me in my dick and I fell forward smacking my head on the bin. I laughed and cried simultaneously.

Static electricity is not your friend!

TheAnswersAlwaysGuns: Nah they did not complete the previous objectives to unlock that zone

redroguetech: The details check out. David Swenson did work for 3M in 1980. He did author an unpublished paper title “Large Plastic Web Eloctrostatic Problems”, presented at the 1995 EOS/ESD symposium. There here is a 3M manufacturing plant in South Carolina.

However, it’s sourced to [here](http://www.esdjournal.com/articles/final/final.htm), which is not credible.

edit: Well, I’ll be a son of monkey’s uncle. It does check out, in so far as purportedly verified by Swenson through a skeptical third-party (which in turn checks out when Swenson retired).

Wodge: I have an issue with static electricity build up, it gets pretty cold where I live in early autumn, so when I start wearing fleeces, I zap the cat constantly.

I was doing the grocery shopping with the missus, just standing by the trolley, then I got a sudden burst of static electricity that went through my middle finger, sparked across and hit the trolley, was about 10cm in length and quite visible.

The only other person who saw this was a kid of around 8 years old wearing a Spiderman t shirt. His mouth was wide open in awe, so put my finger to my lips and went “Shhhh” and walked off.

seanpd: Did it take clear pictures of his bones tho?

shoelessjp: Can we just talk about the elephant in the room here:
3M claims their command tape doesn’t peel paint off of walls.
Anyone who has ever had to remove the stuff knows this is utter malarkey.

fuzzydunlots: When I worked in oil and gas, static was a real threat. We would often work in atmospheres within the explosive limits of whatever hazard was present. I have a $300 Helly Hansen hoody that prevents just such a thing. My wife now wears it casually.

MadafakerJones: Use it as an event pop-up and have people walk slowly towards the middle in all angles. The first one to get zapped wins!

« TIL John Barrowman, who is gay, auditioned to play Will on “Will & Grace” but was turned down for being “too straight”. The role went instead to Eric McCormack, who actually is straight.
TIL Astronauts attach pieces of Velcro into their helmets to scratch their noses during space walks. »