feared_rear_admiral: I couldn’t believe this thing is real, it looks like something that would be in a Halo game or Horizon Zero Dawn or something like that.

Patjaykay: *quick! Alert the longsnoots Jabba the Hutt has returned!*

midusyouch: So why does it’s nose look like that?

justinsayin: I seriously don’t understand how it is that I’m 42 years old and every few months I’m still being presented with a photograph of another animal I’ve never even heard of. Not on Wild Kingdom, not in a circus or a zoo, not even in a story or picture book.

FunkyJR: Looks like all the animals from No man’s sky

RaunchyBushrabbit: Looks like it couldn’t decide to be an antilope, a koala or an elephant and got stuck halfway.

Relper: Is there a sub for unusual animal species?

beardol: God left the symmetry button on when he was sculpting this guy.

danmw: This is also what the Saiga-12 semi-auto shotgun is named after.

PirateNinjaJedi: You know, I’ve always had the opinion that most animals look pretty strange if you really think about it. Turtles have a giant rocky shell growing on their backs, elephants have a 4 foot long hose growing out of their faces, octopuses look like something that the ocean sneezed up during allergy season, snakes look like long, scaly, biting noodles! If we weren’t used to seeing these animals since we were kids, I think that our first experience with most animals would probably be filled with bewilderment, awe, and probably a good dose of fear.

grimdawg83: Looks like those ugly aliens you find in the game No Man’s Sky.

rxjen: He’s so ugly cute. Like so ugly it’s adorable.

Capn_Cornflake: It’s the Lord of the Mountain from Breath of the Wild lol

LookSndSmile: Something out of The Last Airbender.

raiskream: Wow that is a beautiful animal. Sometimes I forget how beautiful our planet it.

Iamnotburgerking: These guys used to live in North America as well, but we put an end to that.

Also a big reason they are endangered is due to conservationists trying to save rhinos: they suggested this as a substitute.

CreaturesFarley: Pretty sure I saw this dude playing a jaunty tune in some off-world cantina and long, long time ago.

scotscott: humans will never be as creative as millions of years of evolution.

Runs_towards_fire: This thing could probably smell an ant fart through a telephone.

SuperSecretMoonBase: The saiga looks like it’s from Saga? Eh?

PancakeZombie: I should Play Spore again.

Aimnlo: Of course the Chinese killed every last one of theirs since they believe in ‘magic horns’.

greenasaurus: Aka the cocaine antelope

examinedliving: Sega Antelope. There ya go.

tracklessCenobite: I want to give them kisses on their adorable, floofy face! 😀

wellscounty: My 5 year old knew the pronunciation and where this funny faces guy lives. Wtf? My kid is too smart.

sec713: You’re not wrong. When it was created it was a Saiga Genesis.

indomitous111: Maybe alien appearance won’t be too far off from our own

Vaht_Da_Fuck: Wonder if he knows he’s that ugly.

garrypig: “Why do guys like to stick their ding dong in warm, moist holes?”

“Because they’re warm and moist”

buyingaspaceship: i had no idea dis shit existed till today

GurthGurth: First thing I thought of was this guy.
https://vignette.wikia.nocookie.net/starwars/images/f/f7/Eopie.jpg/revision/latest?cb=20081009000836

dhays2000: Life can always throw stuff at you, that you could never dream up.

suleb: ShowerThought: Maybe the reason animals in science fiction or video games look the way they do is because they were inspired by what we see on our own earth.

tommythestone420: Nigga what kind of tauntaun is this?

izwald88: I have one of their rifles. They make a quality product.

slayer_of_idiots: This needs to be reintroduced to North America so they can be properly managed, restored to a large population, and hunted again. It would be awesome to go into a Bass Pro and see a full size mount of this.

MrsTrustIssues: I’m pretty sure this is my zodiac sign.

zombieparadise23: That thing is real??!!

zerg_rush_lol: Just looking at this picture makes my nose hurt..

Zip668: Reminds me of a [catalburun](https://www.google.com/search?q=catalburun&source=lnms&tbm=isch&sa=X&ved=0ahUKEwiS-cX52s3XAhXriFQKHcaHChQQ_AUICigB&biw=2133&bih=1054). 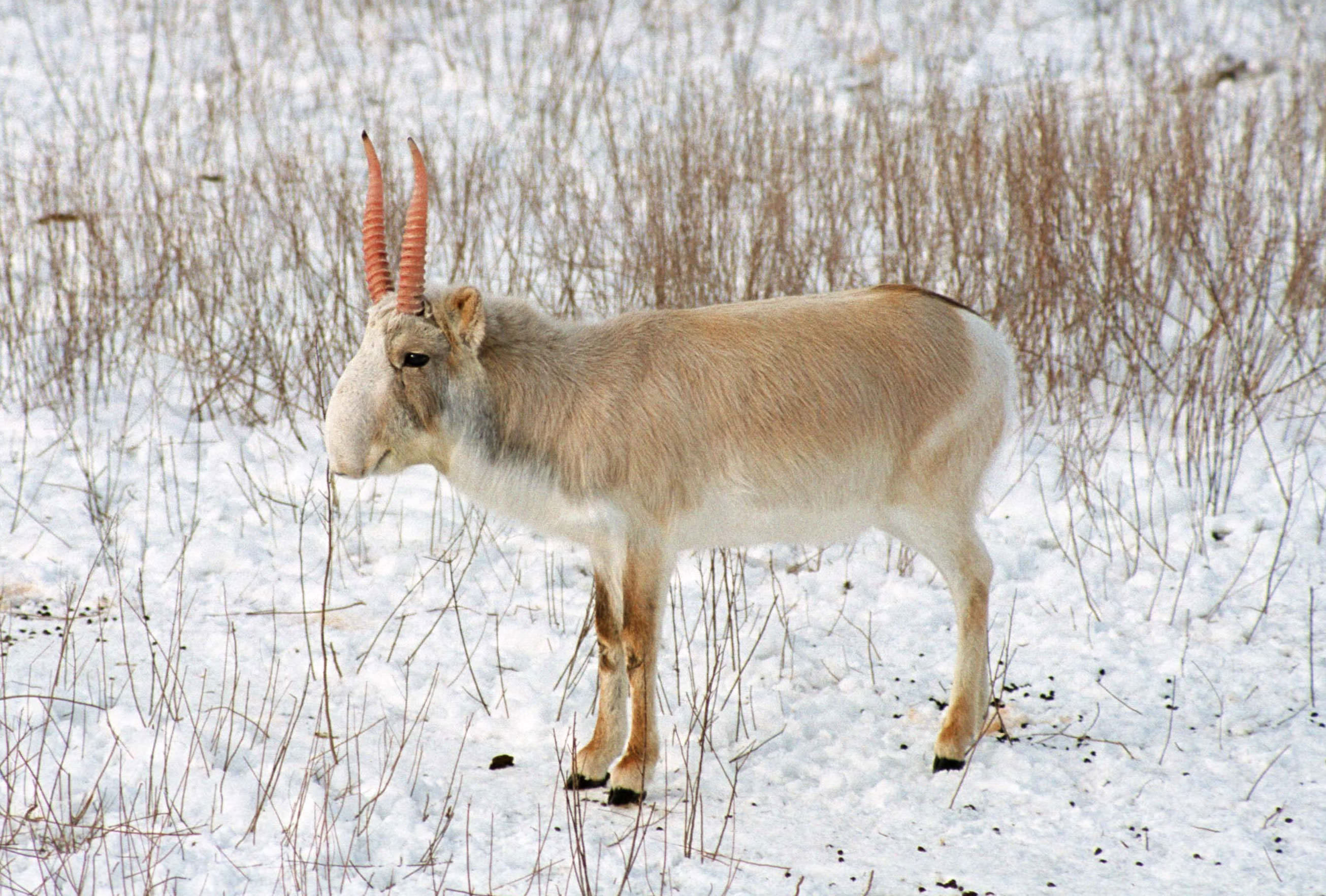 AshTheGoblin: A quarter decade on this earth and I never knew this animal even existed until today.

jnvincent93: Well they were in age of empires 3

leo1lion1: A failed attempt from science to create a new species – Now they conquer the world.

Nexcyus: Imagine seeing a lot of animals on earth if we had never seen them before, like how Coumbus must’ve felt when they saw all the animals in the new world, must’ve felt like seeing aliens

MistalX: Looks like something I would expect to see at Mos Eisley Cantina…

bluesuns110: I think these are the ones I saw in Planet Earth 2. My favorite part was when they move their head their whole nose jiggles

UserNaemCzechsOut: If I saw that in the wild I would think I was going insane.

skeddles: This pic sure has been getting around lately

BABYCAKESxUNKILLABLE: Now I get why Izmash named their streetsweeper shotgun the Saiga. It’s nose looks like a flaccid double barrel shotgun!

juintel: Ok ok ok, so I don’t want to be alone here, but has somebody ever had the thought that some of us want to see other life forms in other planets, because they would be so surprisingly different? Then you come to the realization that there is some things just on the planet you live in that, just seems so fucking alien? Then you get to watch them for a long time and they sort of loose that shock factor and they become ordinary . I actually forgot where I was going with this, but it gets you thinking.

sleep_needed: I think I saw him in the Cantina scene

« ELI5: How do air breathing sea animals like dolphins or whales not drown during violent seastorms?
TIL the human eye is capable of seeing some ultra-violet light but it is filtered out by the lenses in our eye. Painter Claude Monet had that lens removed due to cataracts and may have been able to see ultra-violet in his right eye. »