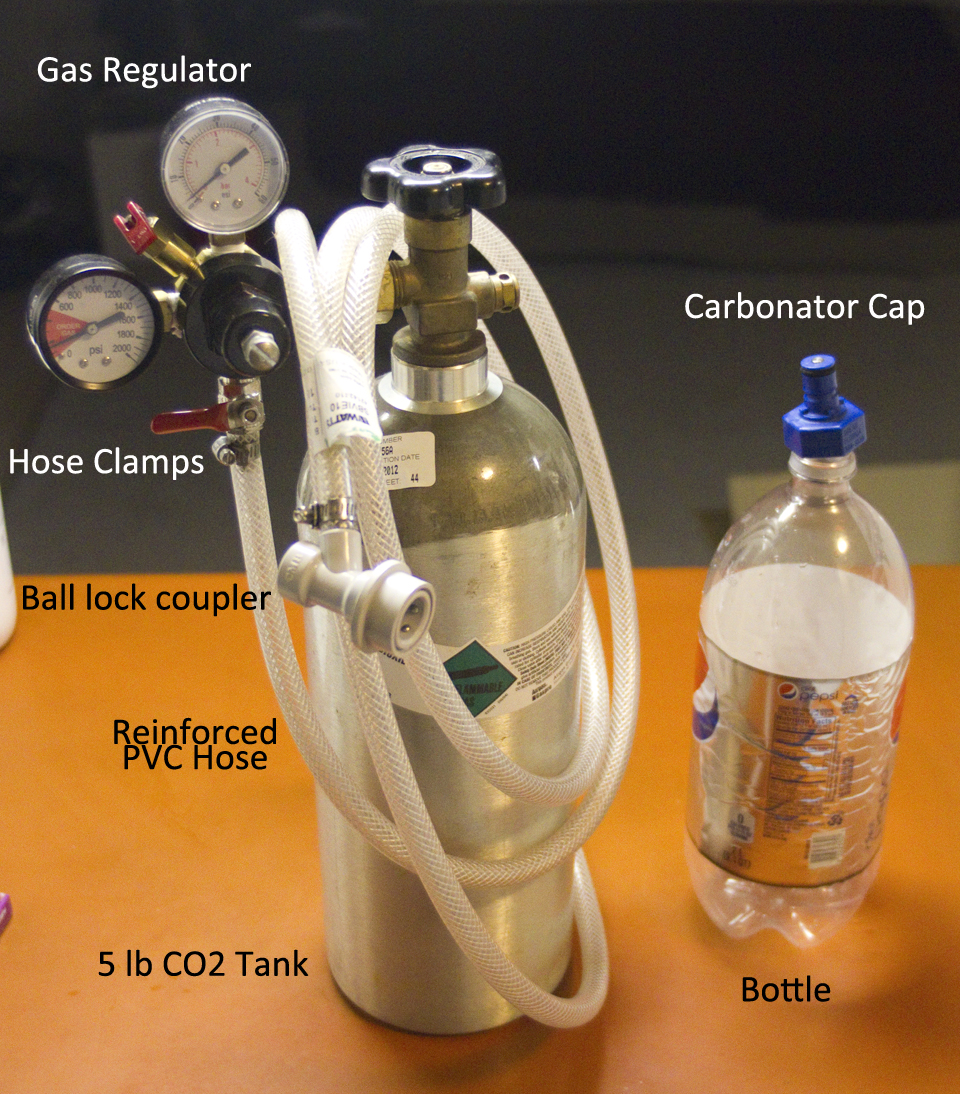 _Close_to_the_Edge_: Originally beverages were carbonate via fermentation, which produces CO2 as the yeast or bacteria eat some of the sugars. Some beverages still are done this way, such as beer. CO2 is still used because it’s cheap and adds the acidic flavour. Some of the CO2 in the drink forms carbonic acid.

Air couldn’t be used because it contains oxygen, which will allow for the beverage to spoil. Other gases can be used though. Guinness beer for example uses a mix of CO2 and nitrogen, giving it a more foamy head.

In general, for a gas to be used for “carbonation”, it would need to:

* not cause some sort of undesirable chemical reaction with the beverage. CO2 will make some carbonic acid which is fine, but others may make more of worse chemicals.

* not have any negative odour or taste. You wouldn’t want sulfur based gases that smell like rotten eggs.

* they would obviously need to readily dissolve in water. Helium for example would probably work fine, if you could actually get it to dissolve as well as CO2.

* I suppose I should add on not be flammable would be nice too, as even if methane (aka natural gas) or hydrogen could work, they would also be a little dangerous.

* Again in the extreme end, you wouldn’t want the gas to be a environmental issue. Something like SF6 may very well work, but you wouldn’t exactly want a lot of that getting into the atmosphere.

A lot of gases wouldn’t work for one of these reasons or another. I’m sure there’s some other gas out there other than CO2 and to a lesser extent N2, they however most likely wouldn’t be as cheap and easy.

2074red2074: Mostly it’s really cheap and soluble. Early sodas got their CO2 from bacteria or yeast, and some artisan sodas like natural sarsaparilla still do.

ShitInMyCunt-2dollar: CO2 is highly soluble in water. From memory, a given volume of water at 25 C can dissolve around 400 times its own volume of CO2. Most of the other common, non toxic gases are far less soluble. Nitrogen, oxygen, argon and other commonly used gases have very poor solubility in water. You may want to have a look at these solubilities:

stonyovk: Also, some breweries capture the CO2 during fermentation and reuse it for carbonation. So I imagine it saves them a little money and saves releasing the CO2 into the atmosphere.

« ELI5: How do “text x to xxxxx” phone shortcode numbers work?
TIL that the World Bank stopped tracking inflation in Zimbabwe in November 2008, when it reached 79.6 billion percent. One year later, the country abandoned its currency. The exchange rate at the time was $35 quadrillion Zimbabwean dollars to $1 USD. »