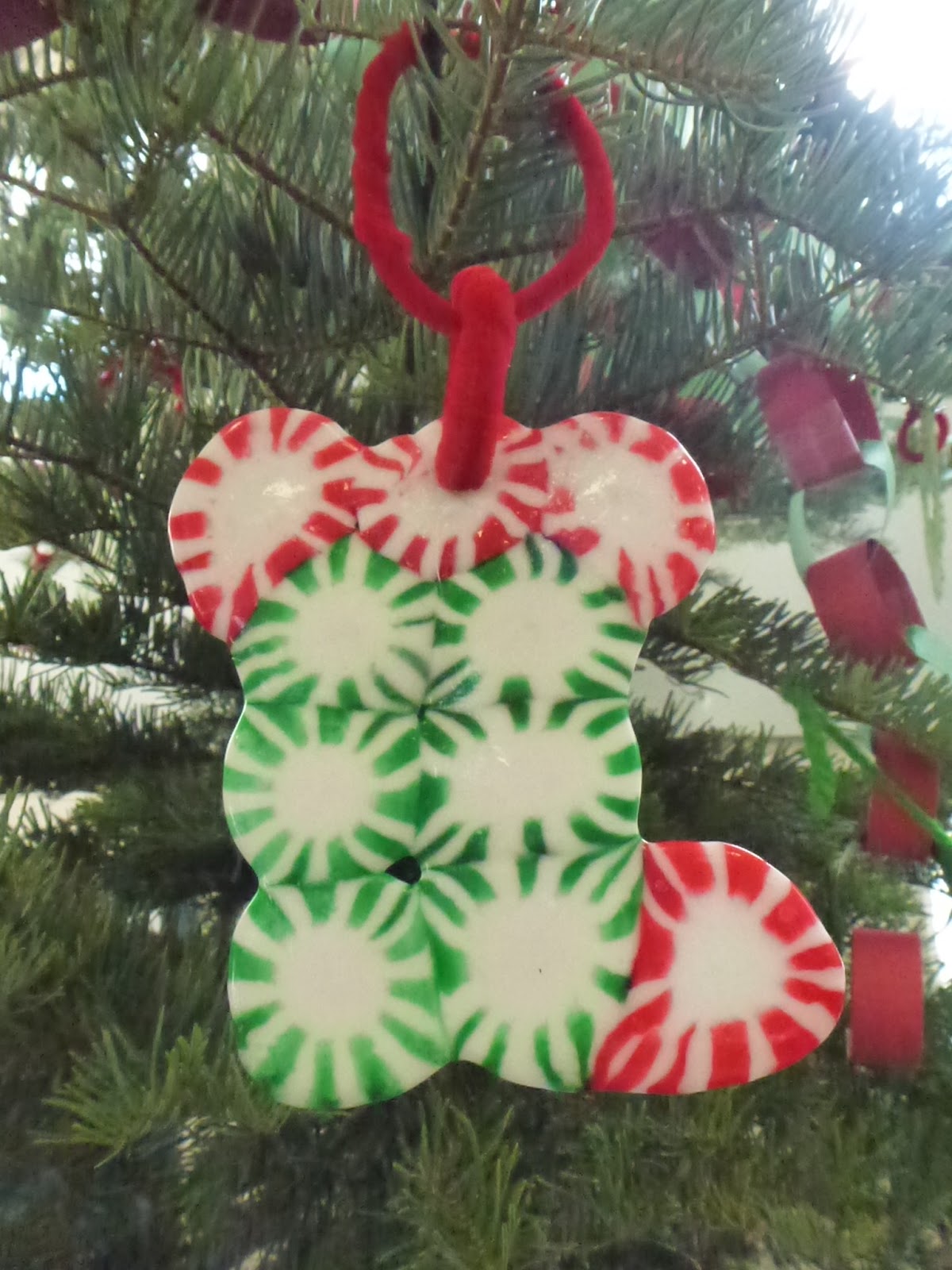 Em_Adespoton: Because most hard candies are a solid structure of sugar — as you strip off the outermost layers of sugar, you reveal the next layer down.

Peppermints and a few other candies are actually filled with holes, so as you dissolve the outer layer, you get a new layer that also has holes.

And then you have candies like Mentos where the outer layer is peppermint with all its holes, but this is on top of a candy layer that has no holes… so as you suck on it, the holes disappear.

nemamook: I can’t find the YouTube video I’m thinking of, but [this one](https://youtu.be/cIKnrFNsGpA?t=2m59s) (link should start right about the time they’re “whitening” the white part of the candy cane) gives a good fast-forwarded example of the process. Basically, to get the candy to look white, the candy is folded many, many times, trapping tiny air bubbles which makes the candy look white. Then, as you’re sucking on the candy, your saliva dissolves the microbubbles until you have little bubble craters in the candy.

doctorcoolpop: congrats on this question which i never would have thought of as a scientific query in the realm of materials science

your question relates to science of cooking

candies are not all made the same way. some are homogeneous and continuous, and some have air mixed into them to make an inhomogeneous bubble like structure. it’s the latter that will form a sponge if you dissolve some of the sugar.

there are several books that talk about the physics and chemistry of cooking (just google) and will give many other examples. for example, angel food cake versus cookies, etc. many physical variations based on processing differences.

tinyyellowhouse: I don’t think this is so much a chemical process as a production process. No one has really touched on how peppermints are made. They are a pulled candy. As the hot candy is cooled it is pulled on a big hook or machine which aerates the candy, turns it from clear to opaque and creates strands of candy, thereby packs hundreds of strands into a single stick or drop. [This video explains how handmade peppermints are made](https://youtu.be/EXOouUXqPyI). The music is… not great… but it gives you some insight into how peppermint sticks, canes and candies are created.

The_Neck: Peppermints have bubbles folded into them while hot furring the cooling process. They are just bubbles trapping in the candy.

That_Guy3141: In order to make peppermints white, they are pulled on a candy hook. This pulls tiny air bubbles into the hot sugar, refracting light until the entire thing becomes opaque and white. As the candy dissolves in your mouth, tiny pores merge to become larger and larger. The direction the pores go in indicate the direction the candy was pulled.

Spriggs5: They are pulled candy and have long skinny bubbles running in a certain grain through them.

It’s easier for saliva to permeate these holes to eat away from these cross sections of bubbles outwards.think of it as the spit making these bubbles bigger while the candy shrinks.

LoLAwesomeChad: That’s because during the cooking process of the candy’s syrup, bubbles get created. Imagine the process of boiling water and how bubbles form at the bottom and rise to the top. The same happens here. Also, depending on how the candy gets processed from its liquid form to its harden end state, air bubbles can form inside the candy and get trapped before the candy gets hardened.

Faustus2425: I’m no materials scientist but this sounds like a solid example of bulk erosion vs surface erosion. Bulk erosion is the peppermint case, where the saliva penetrates rapidly throughout due to the bubbles formed in the cooking process and erodes the entire material. Hard candies are more resistant to saliva penetration and so only the surface erodes.

physixer: Btw, any suggestions for non-sour hard candies? (Jolly ranchers is too sour for me, except the watermelon flavor).

« ELI5: What is happening to the body/brain of a person who has taken a dose of LSD? How does LSD cause hallucinations?
ELI5: How does the brush bring shine to a shoe after polishing and conditioning? »