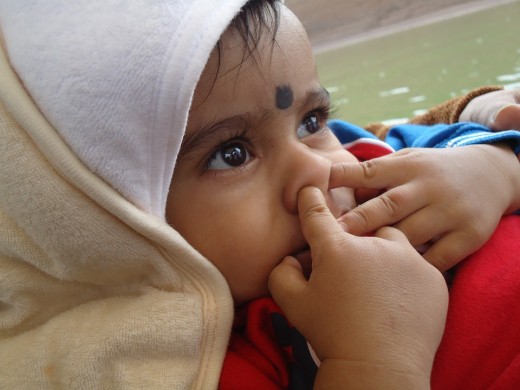 Kineth: In regards to the potency of a smell, as noted, the amount of gaseous molecules that it has produces or the volatility of the substance is a major reason why some smells are more pungent.

In regards to your specific example, a rotten egg is undergoing decay and has many chemical reactions going on at that moment so there may simply be more odorous chemicals being produced than the flower. On top of that, the chemistry is something massively different from clear air, aka our reference point for odors. There is also an evolutionary advantage to having a negative reaction to the smell of something that is likely harmful, such as rotten food and so forth.

skieezy: Because some substances are more volatile than others, meaning they release more stuff for our noses to detect. Some materials aren’t very volatile at all, such as metals, though some metals can have quite specific scents caused by organic substances that accumulate on them.

MrBoo843: Could be a survival adaptation, smells indicating a potential danger will be detected more readily

pyr666: your body is more sensitive to some things because of evolution. compounds associated with death and decay tell you there is a serious health hazard nearby, so you are evolved to be well equipped to sense it and have a strong aversion to it.

many highly toxic compounds carry no scent because they’re not something we interact with in nature. carbon monoxide is the most famous. despite being very dangerous to humans, it only occurs in significant quantities due to combustion, so we never had any reason to evolve the ability to detect it.

severe_neuropathy: Your body is composed of little pieces called cells. Certain cells have certain jobs. Some of these cells are able to sense chemicals in the air, these cells are called olfactory neurons. Olfactory neurons sense chemicals by use of special proteins called G protein coupled receptors. When one of these channels binds a molecule the G protein breaks away from the receptor and initiates a signalling cascade. Now, the single neuron response to a given smell is the same, if a smell is detected the neuron fires. This means that our brains recognize different smells by the sensory cells that recognize them, if the “apple” cells fire you smell apples. The reason these responses differ are several. Some olfactory receptors are more sensitive than others, they have a higher affinity for their ligand so they signal more easily (at a lower concentration of odorant) and more frequently (at a higher concentration of odorant). Another reason is that your brain is programmed to respond strongly to the firing of certain olfactory neurons, like those that can smell ammonia. A third reason is that smells bind multiple receptors. The apple cell can also bind odors from other fruits, like pears. If a class of chemicals is important to avoid (thiols, for example) then we will have many olfactory neurons that can bind that chemical to some degree, amplifying signalling.

Ninja edit: yes I know that apples have dozens of distinct odors I just didn’t want to look up any aromatic compound names.

Spyritdragon: Smells consist of microscopic particles and substances released into the air. Something with more moisture to evaporate or that otherwise more easily releases its odorous substances into the air, will smell more strongly than something that releases less.
This is, for example, why one typically can’t perceptibly smell a rock. They just don’t give off any odorous substances.

anonoman925: Pungent aromas or one’s that make us wretch might be a evolutionary adaptation. Sulfur; whatever gasses rotting meat gives off, milk; that’s usually bad news if you consume it. So our brains may be wired to avoid those smells. It could also be socially learned. Some babies don’t naturally know to not play in their shit.

« ELI5: Why do stars twinkle while planets don’t?
ELI5: Why do many “bad habits” involve chewing on or picking at our bodies (nails, cuticles, lips, etc.)? Why is this so satisfying and hard to stop when it can be bad for our bodies? »