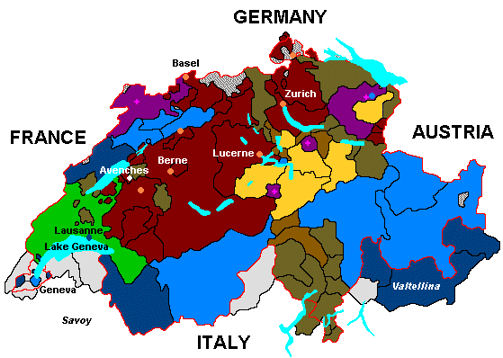 CommieRevolutionary: 1st: money. During WWII they stored nazi gold and allied money.
2nd: it’s a mountainous country with a militia-style army (in theory every man is in the army and has a weapon at home) and they have plans and preparations in case of war that would completely close off the country, everyone would evacuate to the mountainous regions and fight guerrilla style. Basically invading Switzerland would be extremely hard and costly for anyone and not really worth the trouble.

Wombatwoozoid: The answer is money, money and money. Anyone with enough power will already have their money hiding there.

Even warlords like to make sure their personal finances are safe!

b4k4ni: They are not protected against external threads. In the war they simply never choose a side (at least officially) and the country itself is not that big, important and has a special landscape that makes it essential for conquest.

Even worse, an attack on them would be slowed down greatly, because they would destroy Bridges and tunnels, so because of the landscape, it would be hard to gain and keep territory.

ReasonablyBadass: They are surrounded by allies, what threats?

Ratman_84: They apparently have exlposives wired to all their bridges to cut off a land based attack. Doesn’t stop air raids or nukes though.