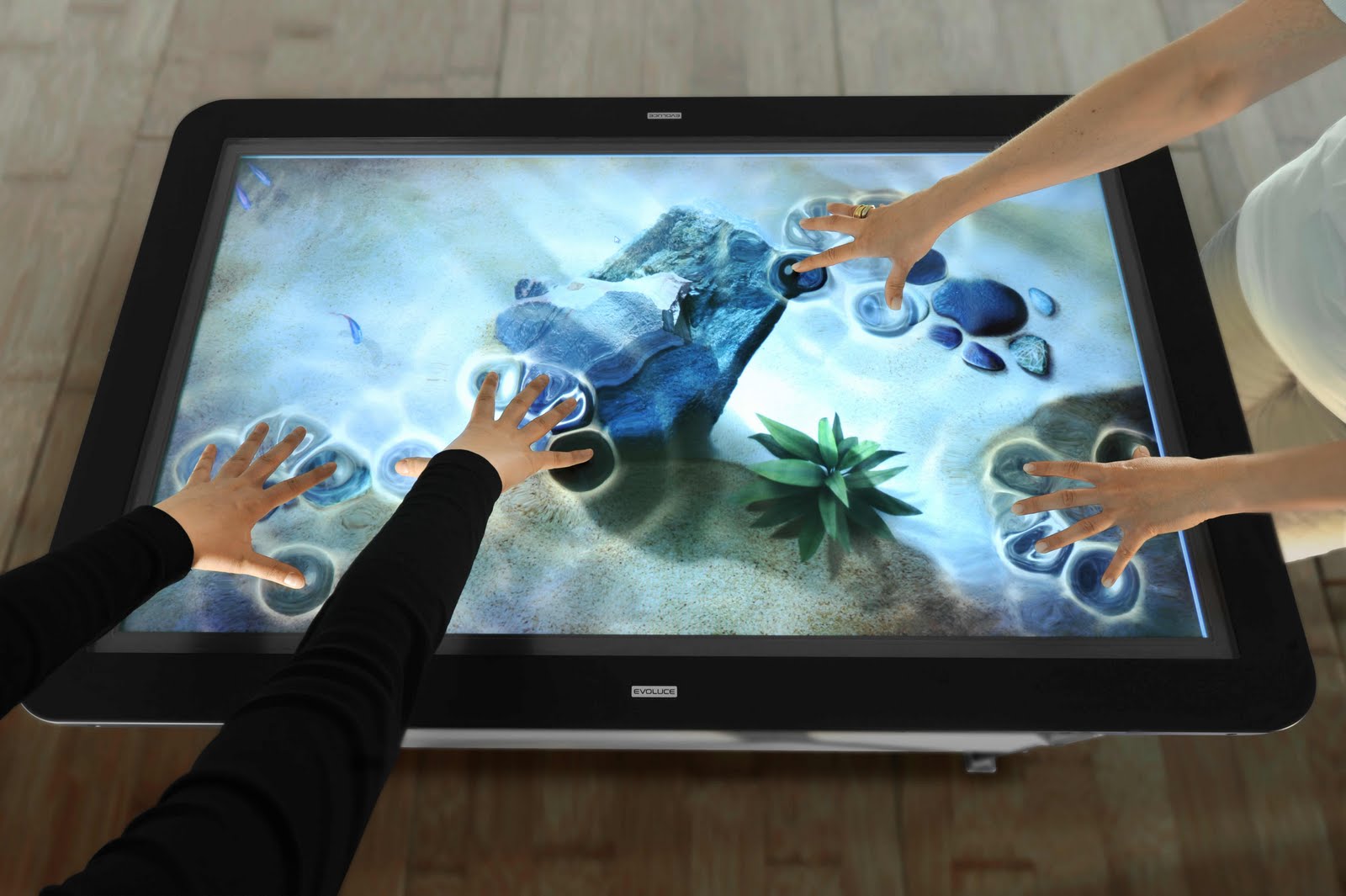 PMmeyourPCpics: Basically, there is a backlight behind everything. Infront of the backlight are 3 layers of ‘pixels’, red, green and blue. Each pixel in each layer allows light (from the backlight) through when a electrical current is passed through (or in some cases, not passed through). These colours ‘mix’ and through the help of a polarising filter you get what you see on your monitor.

NoRealAccountToday: Let’s look at light. Light can be thought of as a series of waves. Normally, the waves are moving at all sorts of angles. You can pass light through a *polarizing filter* which straightens out the light waves in one plane. It does this by blocking the some of the light and letting only some through. Sort of like having messy hair and then combing it straight. If you take 2 polarizing filters, but turn the second one 90 degrees, you can effectively block *all* the light. Got it? Ok. Years ago, smart researchers figured out a way to make a material polarize light when electricity was run through it. This was
liquid crystal” . Power off= no polarize. Power on: polarize. So, combine that material with a normal polarizing filter (turned 90 degrees!) and you have created an electric light blocker!

So, now you have a way to block light. Take 3 very small versions of this (call them LCD pixels)… and put a red, green, and blue filter in front of them. When you put light behind it and turn off the power to the 3 pixels, the light from behind shines through and lights up all 3… producing red/green/blue light…which you see as white light. Now, power up the pixels. You can now block the light selectively. If you have enough of them (large LCD display) , and a way to control them (computer/electronics) you can create any image you want.

wfaulk: I’m going to talk about the plain gray/black LCD displays, like you’d see on an old-school digital watch or calculator.

In practice, the crystals are contained in a substrate that keeps them in particular locations, each of which can be electrified individually. They have tiny, nearly invisible wires running to each of those locations to provide the electricity.

PrionBacon: Think of light as US travelers wanting to go to a nation with travel restrictions.

To leave the US, they need to go through a light filter represented by US customs. To leave the US for that country, you need a US passport because the government doesn’t trust non-citizens going to the foreign nation.

Once you get to that nation, There is a second light filter represented by that nations customs check that only allows people carrying the foreign nation’s passport to enter.

However, you can’t be a dual citizen of both nations and carry both passports! In the default state, no one can enter the foreign country from the US!

This is where the liquid crystal comes in. It acts as a forger/smuggler in between the two customs (filters). By applying money (electricity) they can swap an some number of US passports to the foreign ones, allowing an adjustable number people to travel to that nation.

This is done on 3 colors (red, green, blue) for each pixel in TV and monitor displays to let a controllable amount of each light color out. LCDs do not generate light on their own. They only mask light coming from a backlight (usually LED lights nowadays).