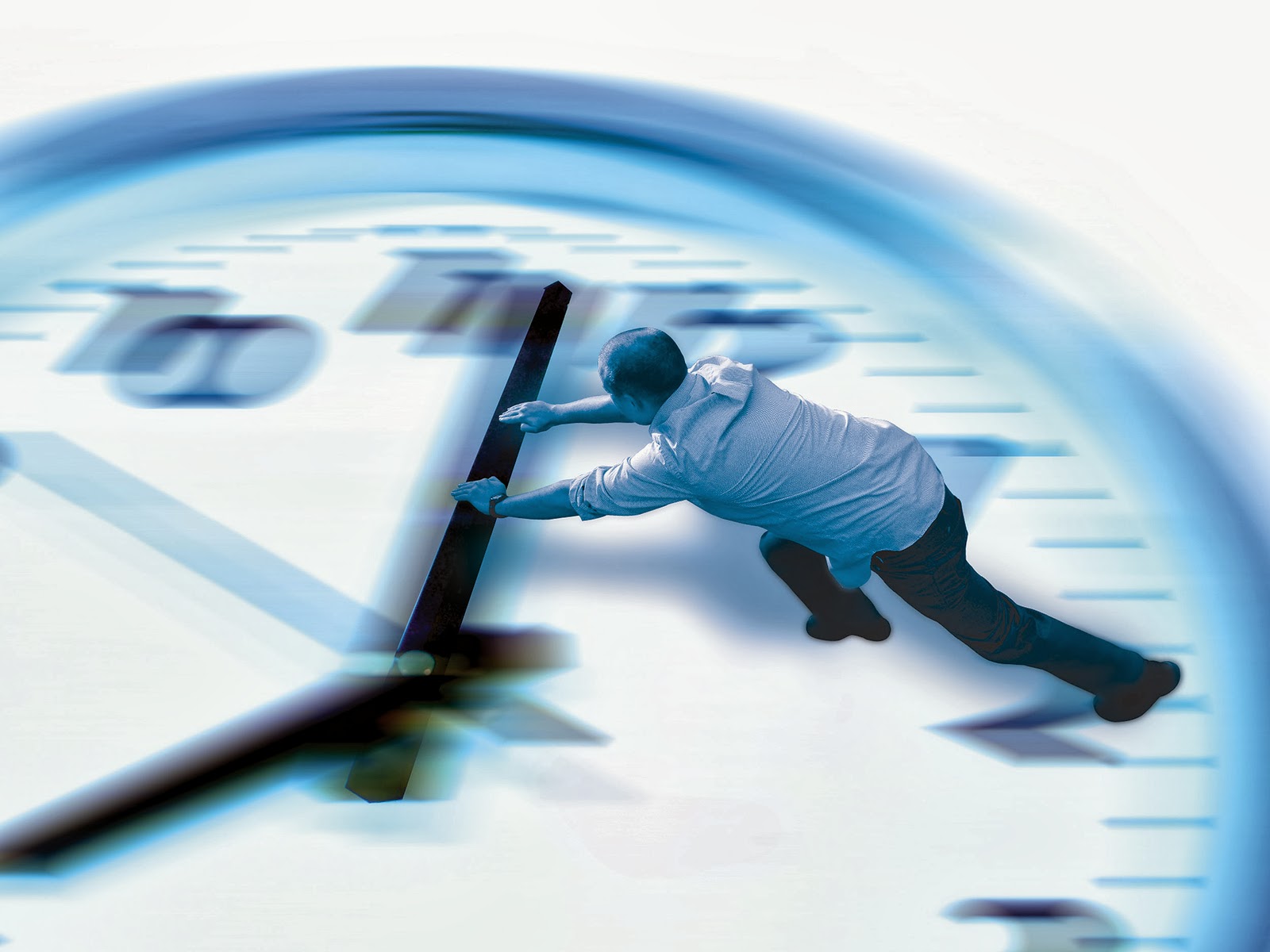 In fact this depressive realism was something the French philosopher Voltaire dealt with as early as 1759 in his novel Candide: Or, Optimism.

kaptainkuftic: It’s the idea that people who suffer from depression see the world in more realistic way. It boils down to the assumption that depressed people see something about the world that the undepressed can’t see, or maybe overlook.

Unholyhair: The human brain has all kinds of ways of tricking you into believing that you have more control over yourself, your environment, and your fate, than you really do. It’s the basis for a lot of logical fallacies. A depressive realist is not fooled by as many (or possibly any) of these fallacies. As a result, they tend to have both a more realistic evaluation of life, and also be more depressed.

RedBlueJosh: Depressed realists see things more practically sure, but they’re depressed alright, and depression can be a strong influence in making impractical decisions. So although they do see things practically, that doesn’t always mean they act practically.

As someone who has a depressed realist for a lover, this is what I’ve seen and have been wanting to say so thank you for opening this subreddit.

yettiTurds: Sad people see things as they truly are, while happiness makes other people have blurry vision.

MoezRt: We sometimes need depression as much as we hate its gloomy presence.
While happy people tend to turn a blind eye to what they perceive as depressing (usually the truth) and opt to satisfy their hunger for happiness by articulating their thoughts in a positive manner by thinking of themselves as superior, the depressed ones tend to overanalyze things, resulting in a more realistic view of life. Depression deprives us from all senses of enjoyment and fun, all that is left is the mere world and the sad facts that get ignored in the state of ecstasy.

They may fall short, but are likely to get more done because people get wrapped up in the optimism and get something done.

People who are honest about their own capabilities and the state of the world are more likely to be depressed, to be cynical, to give up because things look so shitty.

Saesama: A theory is as follows:

The depressed mind is severely hindered in making new connections. New connections between new experiences and memories are how we function and grow as people. We’re wired to crave novelty and to learn. We are also pattern-matchers without peer.

Unable to make connections, the depressed mind turns to pattern-matching instead. Every sad and horrid thing that happens just confirms to the depressed mind that the world is a horrible place. Everything that might challenge that is dismissed or written off as a fluke. This is called confirmation bias, and it is a very powerful thing. And nothing challenges it, because they cannot make the new connections necessary to shift their thought process.

Iamrubberyouaregluee: People might talk about depressed folks not being ‘fooled’ by our silly brains making inaccurate connections, but it comes down to whats psychologically beneficial for you. We are all subject to a range illusory bias, illusions of control and optimism bias (amoungst others), and generally inflated self perceptions of all kinds. We generally think we are better then we are in a range of fields, expect to have more control over circumstances then we actually have and expect better outcomes for ourselves than is reasonably or statistically warranted. And this is a good thing! It keeps us motivated, engaged and striving for the next good event or outcome, whether it’s statistically reasonable or not. The old adage ‘youv’e got to be in it to win it ‘ comes to mind as without these illusions, we would prehaps lack the drive to get out there and improve in the areas we ‘think’ we are good in and we wouldnt be out there to grab hold of the next unexpected thing, person, experience or opportunity that might bring value to our lives. Depressed people are realists, which might be fashionable to strive for in our more philosophical moment’s, but they’re also chronically inactive and stuck in ruminative thought, and it’s these two features that stop people getting out there and creating value. Sure depressive people have more accurate self perceptions, but sometimes we need just a little illusion to even think about getting back in the race.

Tl:dr – depressed people don’t fall prey to a range of illusory bias, its these bias’s that activate people and its healthy to be a little biased some of the time

riemann_zeta: There is evidence to support it but it is not accepted as fact in the same way as relativity is accepted as fact. Psychology is a soft science and so there are valid critiques made of the depressive realism hypothesis.

Having had severe deprssion I can say my thoughts were not realistic, and a whole field of psychotherapy, cognitive therapy, exists to address this.

zgarbas: Some people think that people have either good or bad self-esteem, but that is technically incorrect. Rather, we have people with high levels of self-esteem, and low levels.

Self esteem can be a wonderful thing and positively influence your life and social interactions, but it is also fuel to many cognitive biases which serve to enhance or preserve self-esteem. A lack of self-esteem would not fuel these biases as much, leading to a more ‘realistic’ view of the world. (It can be the other way around, and a lower tendency for these biases can lead to lower self-esteem)

These people also tend to be on the depressive side, either caused by or provocking the lack of self-esteem. (Hence the false causation between depression and realism, but that’s another story)

This is why it is called depressive realism. However, it does not cancel out negative biases and can have a similarly warped view of the situation (only in a pessimistic manner). Much like how an optimist will gladly say ‘i told you so’ when thinga get better, they take their ‘i told you sos’ in negative outcomes to fuel their own confidence in pessimism. It’s also pretty bad for your levels of well-being and mental health.

NatMicha: It’s the fact that most depressed people actually see the world in a more accurate world view. Life is meaning less and Chaos is evident in the whole world. There have been studies of people showing that depressed subject are not in time with reality compared to normal subjects.

SchreiberBike: This is an evolutionary psychology answer. We can’t prove it to be true or false, but it makes sense.

Evolution rewards successful reproduction. It seems that people who are optimistic reproduce more. That means that seeing reality may be a disadvantage, and that evolution has shaped us to be optimists. That doesn’t explain depressive realism; it explains irrational optimism. Depressed people are not generally optimistic.

(This is just based on my own thinking, not supported by anything I’ve read or studied.)

Yintrovert: Here might be an example: I went through a severe depression stemmed from an existential crisis. It was because I realized since nothing in morality is black and white, I felt like being on the “right” side, doing the “right” thing, was all relative, and therefore meaningless. I now felt sorry for “bad” people, had less admiration of “good” people, and felt my work (in healthcare, “saving” lives) was futile, and sometimes I felt that my job did not do the right thing (what the hospital wants vs what a patient needs) . I tend not to polarize in most debates, and therefore I lost the feeling of being passionate. I hate that there are so many catch 22s in life, in which both answers can feel wrong, but you have to make a choice (abortion issues, war, decisions about very ill family members etc)

Not sure if this follows the definition but wanted to share.

There are limited studies that do support a notion that depressed individuals have a better perception of some things.

yes_faceless: Depressive realism is real wether the absolute data backs it up or not. I’m not saying this is how everybody gets depressed because chemical imbalances can be a problem too. But definitely a lot of people are affected by depressive realism.

To put it more simply it’s what makes the statement “ignorance is bliss” so true.

« TIL that Trader Joe’s has a “try before you buy” policy – where employees will open nearly ANYTHING for you to sample
TIL that George Washington had his own personal recipe for egg nog that he would serve to guests, which included one pint brandy, 1/2 pint rye whiskey, 1/2 pint Jamaica rum, and 1/4 pint sherry wine »