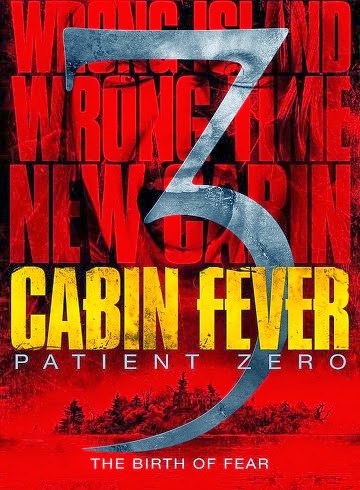 unaskedforopinion: How did patient zero get the sickness?

The first question helps to guide efforts to prevent.

Hatherence: It depends on the epidemic. For rare diseases that pop up now and then, like ebola, this was important because people wanted to know where ebola was coming from. Years could pass without a single known human having it, so it was coming from the environment, likely some kind of animal. After finding out “patient zero” for ebola outbreaks, you can look at where they lived, what they did, etc. to identify likely candidates for animal hosts, and then go into the wild and collect those animals to see if they actually have the virus. If they do, then you can now warn everyone that this is how you get ebola, so they know to be cautious.

Studying diseases that can jump species barriers can also potentially teach us about which diseases might do this in the future, so we can be prepared just in case it happens.

If *very* little is known about the disease in question, tracing the path of transmission can tell you how the disease is spreading. Is it airborne? Does it live in the environment, or only within hosts? How long can it survive outside the host? Does it even spread from person to person, or were all those infected exposed to the same source, rather than one passing it to the other? Legionnaire’s disease is like this, it DOES NOT spread from person to person, it spreads through inhaling contaminated water vapor. So if a group of people get it, we can look to see what water sources they’ve been near, so that we can stop any more people from being infected by that source.

warlocktx: If you want to stop an epidemic it’s important to know how it started. For instance, there was a cholera epidemic in London in the 1800’s that was eventually traced to a single contaminated public water pump. Shutting down that pump stopped the epidemic. If you have an epidemic that is spread person-to-person, finding the source can help pinpoint the root cause, so that you can stop it at the source.

Non-Combatant: I’m unsure if it’s just used as a plot device in film & TV but the basic reasons are that patient Zero is the first human infected by a new or recently discovered viral or bacterial outbreak. They usually have the most basic, least mutated form of the disease, which may either make them invaluable to medical efforts or completely useless. They can also often be used to determine where the disease came from.

BackwardPalindrome: Relatedly… Why are they called patient 0, and patient 1?

Justinlovespizza: Pt 0 is important for making vaccinations and containment efforts, if pt 0 was a French tourist visiting the us, the us may have the outbreak but France is at risk to. Plus it helps researchers find out what happened and how to stop it from happening again

AIKIMGSM: The term “Patient Zero” wasn’t even coined by epidemiologists. It came from from a misreading of Patient O. The letter O, not the number, stood for “Out of California.” Patient O was a male flight attendant from Canada who was one of the earliest known AIDS cases. Someone mistook the Oh for a Zero and the idea that he was the source of the whole AIDS epidemic was born. The story and the Patient Zero meme was spread in the book “And The Band Played On.” Epidemiologists have since proved the flight attendant wasn’t the source of the epidemic, but the whole Patient Zero meme lives on.

FugitiveFromHeaven: That’s just movie stuff. And in case it isn’t, it will probably have to do something with the pathogen, which most likely will ‘evolve’ after the pandemic/epidemic starts.
Your body (or a vaccine for that matter) needs some recognision points + a way to kill the pathogen. The ‘ patient zero ‘ may have the most pure pathogen (although I really doubt that).

« ELI5: How does sleep restore the body’s energy?
ELI5 Do scientists have any theories about whether space has edges? »