Does it have to do with how the tea steeps? Or something with metal staples on the bag? 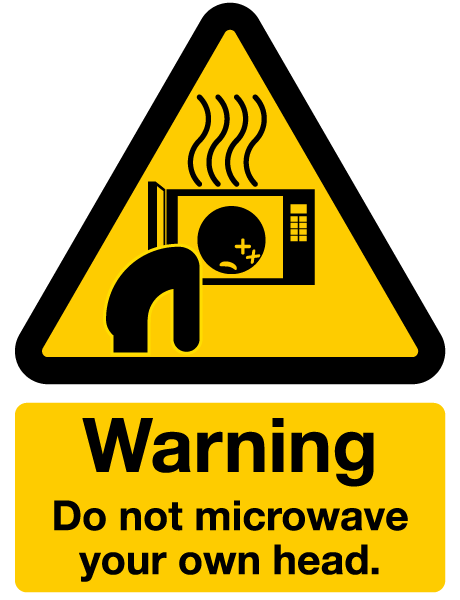 kouhoutek: Because you are doing it wrong!

You are supposed to put tea into boiling water all at once, not slowly heat it up with the water. It does taste different that way.

anschauung: Oy vey. I can’t believe so many people are talking about the staples. You can walk over to your microwave right now and prove that wrong.

It is how the tea steeps: the volatile flavor compounds in the tea come out from the leaves at different rates depending on the water temperature — some of them are good, some of them are bad.

It’s impossible to control the water temperature in a microwave, so you end up with a strange mix of good and bad flavors, in all the wrong proportions.

The manufacturers put “do not microwave” because they don’t want someone tasting their product, having it taste like crap, and never buying that brand again.

C2-H5-OH: What a time to see this question, I’m at a tea factory in Kerala right now!

You’re supposed to put the tea in boiling water, not boil tea water. They taste different

JSlopak: I microwave my tea every morning. The staples aren’t an issue. I’m going to try boiling water in the tea kettle tomorrow to see if it makes a difference

olive1112: One time I was making tea in the micro wave and… just didn’t put any water in mug. I didn’t notice until the microwave starting sparking and crackling. I was really freaked out. I think it was the staple

JimBobBoBubba: It would be because while you *can* microwave your tea, overheated water can make for crappy tea…and it *can* and will taste different than tea steeped in kettle boiled water even when heated properly. The tea company doesn’t want to deal with complaints that their tea is…hmm, less than salubrious? by people who are used to how tea tastes when brewed by kettle, so just tell people not to microwave their tea to avoid the whole issue.

GamingWithBilly: Because if you microwave the tea bag it will burst into flames. You are supposed to microwave water, and then after microwaving you put the tea bag into the water to steep. They put that warning on because some idiot burnt their house down.

ArtemisCrowley: Maybe because it has a tiny staple attaching the string and tag? Metal in microwave is a no no.

Resistance100: Because sometimes the tag on the tea bag is affixed to the string with a small staple and shouldn’t be put in the microwave.

jimthesoundman: They might have a small metal staple in the tag. Metal plus microwaves are a bad combination.

pyr666: it’s the tea itself. microwaves are…weird. it’s difficult to explain in simple terms, but the mechanics of them mean that they can heat 1 spot to an absurd temperature and not heat the spot next to it at all. the food itself conducts heat, so this isn’t a big deal for most things. the total temperature change works itself out.

but for tea, and some other things, those small localized temperature pockets can degrade the food itself. this is also why you can’t really bake something in a microwave.

« ELI5: When you’re unconscious due to trauma, do you sleep and rest? Or is it tiring?
ELI5: What exactly is a watershed and how does it work? For instance, we live in the Chesapeake Bay Watershed area. I have attempted to read on the subject, and consider myself a smart gal, but this just confuses me all day. »