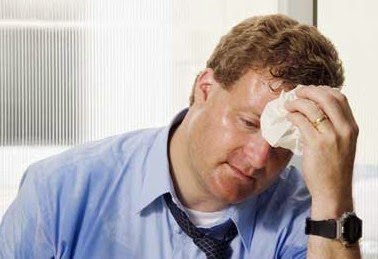 tugboat_karatedog: But seriously, why? Ambient sweating – as I’ve named it – sucks a bunch. Shit’s embarrassing. What be the dealio?

Gumption1234: Differing homeostasis methods that only work right under some circumstances. People genetically adapted to high heat with lots of environmental water will sweat a lot, and quickly, when under stress, because that’s the optimal outcome. People descended from wetter climes will sweat less but maybe reduce their metabolism to reduce heat generation.

It’s also a matter of fitness, people who are fit will tend to sweat ‘sooner’ than people who are unfit – their bodies know that they need to cool off fast before the workout starts.

Some rare people have disorders – they sweat constantly or at the slightest provocation, or they don’t sweat at all.

« TIL that by law, no United States officer can outrank George Washington. He was posthumously promoted to Six-Star General in 1976.
ELI5: Submariners, from the point of view of the crew aboard. Once submerged, do subs ever experience “rough seas”? »