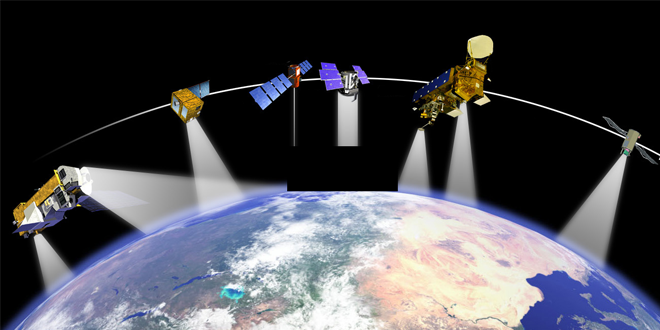 1angrypanda: Wow. A question I can actually answer. Tho I only know the specific history of one company, because I used to work there.

Charlie Ergan, the founder of DISH started in the satellite industry by selling C-band dishes. These are those giant dishes that were popular in the 80s, which were like $10,000 each . Ergan invested* the profits from this business to fund the purchase of the 110 orbital, and launch a satellite, which was launched from China to make it considerably less expensive. In the beginning the focus was on religious channels that actually paid to be broadcast, and the majority of customers wanted that content specifically. He continually reinvested the profit, launching more satellites to expand the reach of the company.

Ergan literally bet millions on this being successful, but it paid off, since DISH is a fortuine 200 company, and he is the wealthiest man in Colorado.

Dish owns all its satellites (7 iirc)and actually rents their usage to DirecTV, which is part of how they broadcast.

*there are rumors that much of this was done through poker tournaments but I don’t know if this is true and have no proof of it.

WeDriftEternal: So, now the real answer

There’s a lot of satellites up there with a lot of capacity. It’s a very mature industry and capacity is always available. There’s actually a lot more space than the sat owners can sell at market rates.

Space/capacity on the satellites are leased out to other companies. It’s actually not that expensive. In fact tons and tons of companies big and small lease space on the various satellites up there. This is standard procedure. You can even pay companies to do all your uplink and downlink too, and again, this is quite mature industry and totally normal and reasonably priced. Nearly every company that isn’t a satellite company just leases space and pays someone else to deal with the uplink and technical stuff.

Actually launching a satellite? Well, unless you’re literally a satellite company, you don’t need as much space as you put onto a satellite, so it’s kinda a waste, you’d just have to rent out the rest of it. Instead you just lease space on someone else’s sat.

BcuzNoReason: Imagine a stage surrounded by a huge stadium, with famous singers from several different countries all there on stage and singing to the audience. The audience, while all mixed together, can hear exactly who they want through magic earphones.

The stage is like a satellite chasis, and the singers are what we call the ‘payload’ (because it pays the bills har!). It’s the part of the satellite that broadcasts down to earth some useful service.
The payload can service a HUGE number of people, several different countries or half the planet sometimes, and for decades in some cases, so it’s like the stadium will constantly sell tickets to a lot of people for a long time to fund the initial cost of getting everyone together and singing.

Compared to some other services like having a small party with all those singers (say, fiber optic internet to a small village), satellite service can be much cheaper than alternatives through economy of scale.

So small telcoms can be represented by just getting one or two singers into the show, and not having to set up the whole production.

Source: I actually work with these types of satellites on a daily basis

mongohands: npr answered this question recently in a great 4 part podcast [here](https://www.npr.org/sections/money/2017/12/01/567267573/planet-money-goes-to-space). Essentially everyone and their mother is trying to put a satellite in space which creates lots of competing companies trying to do it with the best cost to risk ratio. That, combined with the development of “small tech” (think smart phones), made satellites compact and efficient rather then massive and expensive. Got a couple hundred thousand dollars lying around? You could have your own spy satellite.

Also any small telecom company is relatively large compared to most small business. They’re bound to have at least a few million in capital. They could negotiate deals to use existing satellites or send their own.

merelyadoptedthedark:
Think of satellite access the same way you would power or internet. You don’t need to own a nuclear generator or be an ISP to run a website.

Companies lease satellite bandwidth basically the same as they have power and internet bills.

myrrh09: I’m assuming you’re talking about the communication satellite industry. There are several other ways to make money with satellites, but comm sats seems to be your question.

Every satellite that launches contains a range of frequencies of RF energy they can broadcast pointed at the earth. If I’m a small telecom company, I talk to the satellite owner to lease some of that frequency space — leasing bandwidth. That bandwidth correlates pretty closely to a data rate that can be passed through those frequencies. The higher the data rate the higher the bandwidth, but the more I can do with it. Low data rates might be something like satellite phones, higher data rates might be something like video conferencing.

For instance, Gogo Inflight Internet, available on many of the major US airlines, leases bandwidth from (I believe) Inmarsat to provide inflight Internet. They pay Inmarsat to use those frequencies, and make money by charging fliers to use the internet. Inmarsat spends a lot of money up front to do the launch, and a small amount of money per year later to maintain the service. So the longer a satellite is on orbit the more money they can make.

Recently, satellite companies have been expanding their reach. Lower frequencies that have been in use for a while (think C-band), broadcast across the entire earth, so you can really only use those frequencies once. Higher frequencies have shaped footprints on the earth, allowing re-use. In the Inmarsat example above, Gogo leases Ku frequencies which are only broadcast onto North America (and in some cases, only the US). That allows them to use the same frequencies to service South America. Ka, even higher frequencies, result in even smaller footprints — on the order of a couple states — allowing much more re-use.

FlaviusNC: There were recently 4 episodes about this on the NPR [Planet Money](https://www.npr.org/podcasts/510289/planet-money) podcast

RollingStoneCPT: Some recent episodes of the podcast, Planet Money, cover some bits of this topic. Worth a listen.

rhboomer: To my understanding, there are a lot of launches that aren’t dedicated to a singular purpose (only GPS, only Internet).

The goal with space launches is to maximize the payload with each launch.

squarecorners: What happened to the Sirius satellites? Are they still used as an ancillary to the more advanced XM satellite constellation?

« ELI5: How does the body separates water from stomach acid?
TIL that the mysterious baroque painter Johannes Gumpp is known to have painted only one self portrait which also happens to be a triple self portrait in which he appears from behind painting his own face reflected in a mirror. »