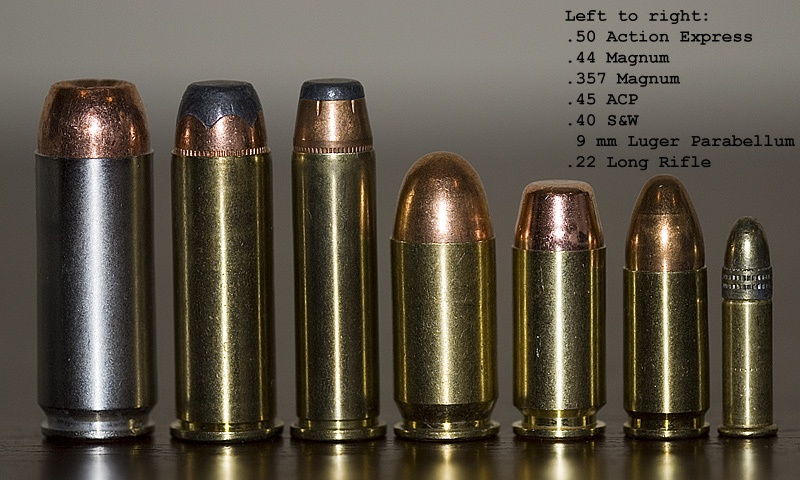 10388391871: The gunpowder has a chemical in it which contains oxygen (known as an oxidizing agent), this chemical donates it’s oxygen during the explosion.

Pasterjohn: They have oxygen in the cartridge…in the form of air and potassium nitrate. Essentially, the difference between something that burns when allowed to or explodes when allowed to is oxygen availability. Things that explode have their oxygen supplied by the chemicals directly in them while things that merely burn rely on room air to supply oxygen.

Some chemical reactions can explode via other chemicals instead of oxygen.

Zhoom45: To add on to the other comments here, the oxidizing agent in gunpowder (potassium nitride, commonly called salt pewter, is used in traditional black powder) is what enables the explosion at all. The speed of a combustion reaction depends on the availability of heat, fuel (reducing agent) and oxygen (oxidizing agent).

In most cases, like a bonfire, oxygen is the limiting reagent. The fire spreads slowly because the logs burn up all the oxygen right around them, and new oxygen only flows to the fire so fast. That’s why you can blow on a fire to make it bigger, because you’re helping more oxygen-rich air replace the oxygen-poor air that is right around the logs. Also, the logs can only burn on their outmost layers, because the inside of the log can’t get any oxygen.

In an explosion, the fuel and oxygen react with each other almost instantaneously. In order to do that, they have to be evenly mixed so that every bit of fuel has enough oxygen available to it. In a car engine, this is done by spraying a small amount of gas into a chamber with fresh air to make a mist of gas and air. When the sparkplug adds an ignition source, it explodes, and the huge surge in pressure makes your piston expand.

In gunpower, this mixture of fuel and oxygen comes from the sulfur and charcoal (fuel) being mixed in the right ratio with the KNO_3, which can donate it’s oxygen atoms. That lets the combustion happen fast enough to launch a bullet at the speed of sound.

furrybatwing: The primer material (something highly sensitive like lead styphnate) will kick off the ignition of the powder within the cartridge. Then, as another poster mentioned, the oxidizing agent (potassium nitrate or nitrocullulose) within the cartridge powder will help with the rest of the burning process.

Cynthereon: Gunpowder hasn’t been used for roughly a century, guns use “propellant” or “smokeless powder” these days. Modern smokeless powders consist of very large molecules made of Carbon, Hydrogen, Nitrogen, and Oxygen, plus a few other things added to improve performance. This molecule doesn’t really like to be mangled into this configuration, so if you give it a chance it will recombine into a larger number of smaller, more stable molecules, expanding very rapidly in the process. Since the Oxygen is already inside the molecule, it doesn’t need air.

Kineth: As stated, there is already available oxygen. With a combustion reaction, especially one like this, it becomes a chain reaction since the exothermic release of energy from the initial spark from heat energy, or the energy transfer from physically striking a shell, will cause part of the material to ignite. This changes the state of the surrounding environment from the initial reaction and generally once a spark point is reached, if other combustible material is within close proximity, the excess energy will be transferred over, which will then spark another exothermic reaction which then frees up more energy for the cascade.

On top of that, because of the hot carbon monoxide/dioxide gas that’s produced, the pressure inside the shell will increase, which is also correlated with an increase in temperature with PV=nRT.

DrKobbe: Most explosives contain NO_2 or NO_3 molecules. These are extremely useful because of two things:

* They provide their own Oxygen for the reaction, which answers your question. This can even lead to a net positive in Oxygen, which makes it possible to add another explosive as well. This is often used in “homemade terrorist bombs” with artificial fertilizers (containing the nitrates) and drenched in gasoline.

* They form the molecule N_2, which has an extremely stable triple covalent bonding. Stable bindings contain little energy. This means that during the creation of such stable binding a huge amount of energy is released: the explosion.

DracoDominus_: Explode and combust are different. Combusting takes oxygen. An explosion is the instant transition of substantial amounts of solid material into the gas phase which causes an exceptional volume increase.

woody525: Ok buddy, it’s like when Wile E Coyote makes a line of gun powder across the ground that goes to a barrel full of powder. It just burns when it’s out in the air and explodes when the line of powder goes inside the barrel where there is very little air. It exploded because of the lack of air.

« TIL: The NHS in the UK had only one man registered as a rectal teaching assistant, offering his anus to be examined by trainee doctors. TIAL: He has lost his job to a robot anus.
ELI5: How can a needle on a Vinyl record recreate music perfectly including the Audio highs and lows? »