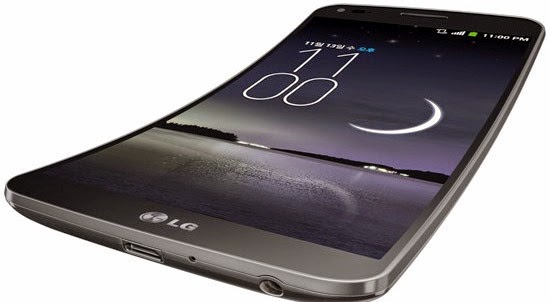 CHARLIE_CANT_READ: Retina display refers to a display with pixels small enough that the human eye is physically incapable of distinguishing the difference between adjacent pixels, at a given distance. This is kind of funky because our eyes don’t work with pixels but it’s probably a decent approximation.

LCD stands for liquid crystal display and basically works by having pixels made of liquid crystals and by applying a certain voltage they will let through different amounts of red green and blue light. The light comes from a backlight (typically one or many LEDs these days).

OLED stands for organic light emitting diode and has tiny colored LEDs in each pixel. This is why a black pixel can emit zero light unlike an LCD which just attempts to block all light from the backlight.

I’m not sure what AMOLED is and I just came here for karma, not to do work.

MultiFazed: So these are terms that refer to some fundamentally different things. I’ll throw a few other terms in the mix that will hopefully clarify things:

* Cathode ray tube (CRT) where an electron beam is used to excite colored phosphors on the inside of a glass screen. You may have heard it referred to as a “tube TV”. This is pretty old stuff, and is the earliest display technology for TVs.

* Plasma displays, where a gas inside each pixel is made to glow. This is now pretty outdated, but still way newer than CRTs. It was especially common back when LCD TVs were new, and lower quality than they are today.

* AMOLED (active matrix organic light emitting diode). Each pixel is made of of individual little lights that don’t need a backlight. This is newer, and is being used in a lot of newer phones, but is still very expensive for large TVs.

Note that backlights are only needed for LCD displays

* Cold cathode. This uses a light similar to the overhead fluorescent lights used in stores and office buildings.

* LED. This uses LEDs (light emitting diodes) to provide the backlight. Newer TVs will have hundreds of individual LEDs to provide even lighting and the ability to dim different sections of the screen to provide better contrast.

* Retina Display. This is just a fancy Apple buzzword for having lots of pixels that are really tiny, so you can’t see the individual pixels on the screen even when you look pretty closely.

Bjord: LCD and LED are mostly the same, both being LCD panels. The difference is the backlight technology. Displays listed as LCD use fluorescent tubes to light them where as LED displays use LED lights to light them. They have their strengths and weaknesses, LED is generally considered better as they are often brighter, more energy efficient, and can sometimes utilize dimming zones to improve contrast.

AMOLED is Samsung’s OLED technology. OLED is unique where instead of the image being lit by a light behind the screen, each pixel produces its own light. The main advantage to this is near perfect blacks since pixels showing darker parts of an image can show less or even no light at all unlike LCD or LED. They can also be very energy efficient, only turning on parts of the screen that are needed.

Retina display is Apple’s term for a high PPI/DPI display, which means more than average pixels per inch. A retina display is usually LCD or in the case of the iPhone X, AMOLED. A higher DPI generally means more detail for the size of screen. It’s not anything special, there are many displays out there that are higher DPI than Apple’s retina displays, Apple just has a special word for it.

Dasittmane: LCD and LED are screens with white backlights, which have moving lens (pixels) that physically move to bend the light from the backlight and produce color

AMOLED have no backlight. The pixels are organic and produce their own light. This allows the screen to be thin as well as produce true blacks.

Retina is nothing more than a marketing term. Apple uses regular LCD/LED and slaps on Retina to make it sound more appealing

Goweschon: Retina Display is not a technical designation, it’s a marketing term. There are numerous display resolutions available in PCs (FHD, QHD UHD, etc) and Apple wanted to have a trademarked way to describe their display resolution that nobody else could legally use to make it sound like a unique offer. Depending on the device and screen size the term “Retina Display” can refer to significantly different resolutions and varying pixel density, though generally it means the pixel density is high enough that you cannot make out individual pixels at standard viewing distance. The Microsoft version of this is “PixelSense”, which is again a marketing term rather than anything that has technical meaning.

LTAP2128: Something relevant that hasn’t been explicitly mentioned is that AMOLED black = nothing. That’s why blacks look so good. It’s in Samsung products but also Google and Apple

hikokomori: As an Electrical Engineering student and avid graphics geek, I love this stuff! Great question 😀

Computer screens are made up of a grid of “pixels”, which are little tiny colored squares. Think back to [Super Mario 8-bit](https://imgur.com/a/S2KOv), see how you can see all of the squares in his body? That’s because your GameBoy’s pixels were pretty huge. The pixels in your computer now are really tiny, which is why we get smooth round shapes.

In [old computer screens](https://imgur.com/a/nbl54), pixels used to either be “on” or “off”, either lit up or dark. This meant you could only have black and white images on the screen. **Nowadays, our pixels light up in any combination of colors.** How do they do this?

One way to create any set of colors is to use different combinations of [Red, Green, and Blue light](https://www.w3schools.com/colors/colors_rgb.asp). You can make just about any color by combining these three colors.

So a trick that you can use to create a colored light is by shining a red light, a green light, and a blue light right next to each other at different intensities. If they’re small enough that your eye can’t tell them apart, all your eye will see is the light combination. In fact, [that’s what pixels look like up close](https://imgur.com/a/uvy8v).

**The difference between types of displays is how they use those tiny colored lights to create colors.**

* An LCD display has a backlight behind everything, and it controls the color by blocking different amounts of each color of light. This means that “black” on an LCD display still looks kind of bright.
* An OLED display is dark by default, and turns on tiny little colored lights in different amounts to create different colors.
* An AMOLED display is like an OLED display, but it allows you to access and control pixels faster
* A retina display is a fancy Apple marketing term, meaning the [pixel density](https://en.wikipedia.org/wiki/Pixel_density) is higher. Basically, this means everything is higher resolution, so your eyes are even less able to see the little tiny pixels. It’s like going from 8-bit to 16-bit.

Aleckhz: RETINA, IPS, LCD(LIQUID CRYSTAL DISPLAY) are LED displays, the consist the all have a LED panel behind that iluminates the display

The core difference is LED have to turn on the hole panel of leds, sonif the color is black the hole backlighting is on

On the OLED the led are individual, so if you want just one pixel on, you can turn only the necessary leds, thats why Samsung have always on display(oled uses less energy)

I hope i did’t make it too complicated

« TIL that Mircosoft included Solitaire in their operating systems to “to soothe people intimidated by the operating system” and introduce users to graphic user interfaces and taught them how to use a mouse.
ELI5: How can alcohol withdrawal or detox kill you? »